tter from René today, so here’s an excerpt from the journal of Dr. Philip Westdahl about one morning during their stay in Sessa – perhaps June 3, 1944.

One morning during our stay in Sessa, we became aware of a continuous and gradually increasing drone approaching overhead from the direction of Naples and heading in a northwesterly direction. Here was one of the tremendous formations of Fortresses and Liberators of which we had so often heard and read of, on its way to a target which we later learned was Toulon.

Wave after wave of them flew over during a half hour period, a terrifically impressive sight. It was difficult to make an accurate count because some of the squadrons were far to the east or west, but there were in the neighborhood of 900 in all. A few formations of P-38 Lightnings accompanied them.

During the next hour, an occasional lone bomber returned – presumably due to engine or other difficulty. It wasn’t till four hours later that the great mass of them began to return, some in formations such as came over earlier, but many in smaller groups. We couldn’t help but wonder how many “of our bombers failed to return.” 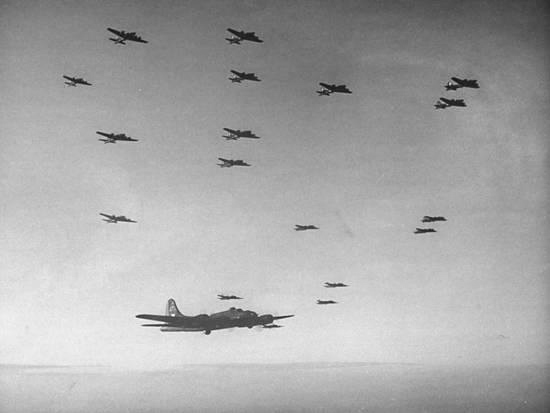 Dr. Westdahl describes seeing “tremendous formations of Fortresses and Liberators” flying overhead while they were bivouaced at Sessa. 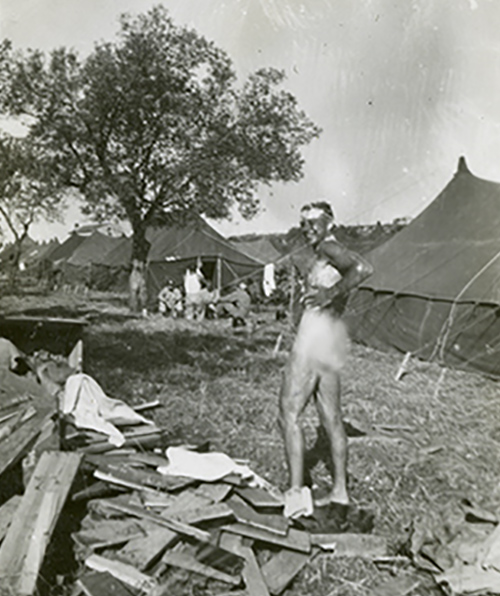 And on the ground…Roy Cohn bathing in a field during the 59th’s stay at Sessa.