In reading your last letter, I was rather amazed at what you quoted  as having appeared in the paper regarding Nan Drew expecting Bill home in July. But was even more surprised when I told Kuzell about it, to find that Bill (who died on May 23) had actually been on the list for rotation and was to have left for the U.S. on June 1st. I can well imagine how that must have doubled the shock for all concerned. It was all certainly a mighty sickening thing and everyone feels mighty deeply for Nan and the kids.

Yep, Dad, the news of the invasion did cause quite a stir over here, but at the start, of course, we were rather loathe to believe it all, since there had been the false alarm the day before. However, when we began hearing the King, etc. then we were finally convinced. Phil Westdahl’s brother is over there, as are many a friend of guys in this outfit. We all certainly have hoped for their success. At least they have a much firmer foothold there than they even had at Anzio long after they landed there. Anzio was never very secure, but in France they apparently are very definitely in there to stay. The cooperation that the Maquis is giving, from all reports, even if only part of it is true, is undoubtedly a big factor in the continued success of the operation and as time goes on this will probably make itself felt more and more. 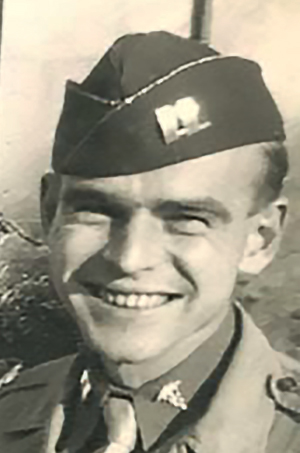 René shares a bit more news about Dr. Bill Drew (who died on May 23): he was scheduled to go home on rotation on June 1. 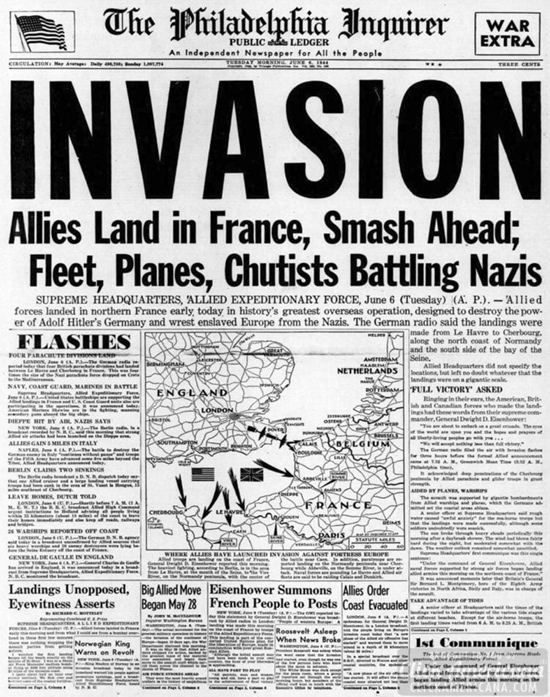 René tells his father that “news of the invasion did cause quite a stir over here, but at the start…we were rather loath to believe it all.”