I think, perhaps, that one of the reasons for not having written sooner was that in the last week I have done so much typing for lectures, etc. that typing for letter writing appeared to be too much of a self-inflicted drudgery for the time being.

I have lost complete track of the number of pages of material I have typed in the last week and a half. My little Remington has been getting a work-out, not to mention the work-out my fingers have gotten. The trouble is that when Drew, Blasdel and Kuzell were with us, the typing load wasn’t so bad, but now the only men that type decent enough and fast enough to get the things done are Ed Welles, Marv Kahn, Frank Gerbode and myself. Actually, Ed and I have done practically all of it.

This week I am one of the platoon leaders and consequently am being kept busy with the men, besides the extra lectures foisted on me due to the absence of some of the gang. Tomorrow we take the men swimming at the Del Monte pool for one hour. This is part of our amphibious training and is going to be a weekly affair from now on.

Saturday P.M., around 2 P.M. I went over to the Red Cross Recreation Room at the Station Hospital as Yehudi was to play there for the patients first and then at 4 he was to play in the theater. At 1:55 P.M. Yehudi’s car arrived, with Nola at the wheel, the pianist and his wife, and two Los Gatos-ites accompanying them. From then until 6:45 P.M. I was with them, sitting with Nola at both performances, having quite a little time to talk to both between the two performances and also after the second one.

Yehudi played wonderfully and was most informal at both performances. Nola said that at lunch, on the sand dunes a short way north of Ord, Yehudi and the accompanist had argued as to what to play, each answering to the other’s suggestion, “I don’t think I can play that one, I don’t know it well enough.” The only thing that they played in both performances was the “Star Spangled Banner.” The whole rest of the programs were different.

At the Station Hospital, they played shorter and somewhat lighter pieces, plus Ave Maria. Yehudi asked the audience if there were any requests and some of the answers were really funny. One woman asked if Yehudi had the music to something she named by “Tetrazzini.” God knows I don’t know much about music, but I try not to show my ignorance that way, at least!

Yehudi Menuhin, a child prodigy on the violin who became a world famous violinist and conductor, was a childhood friend of René Jr. 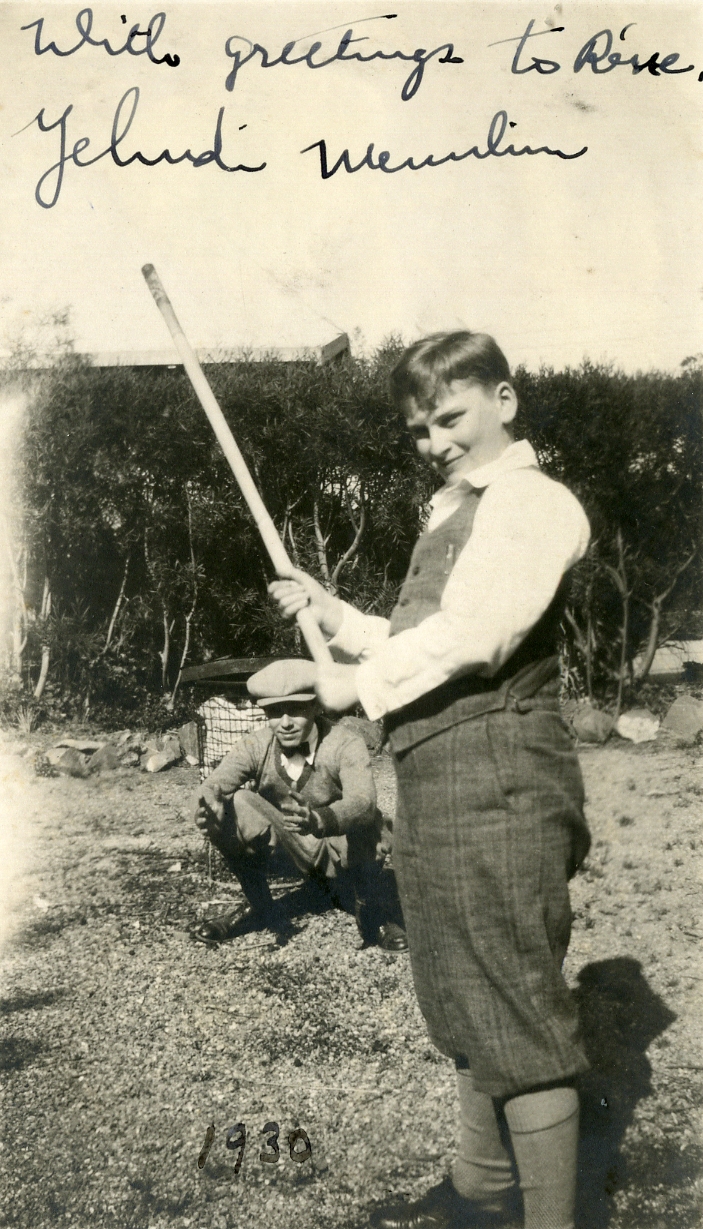 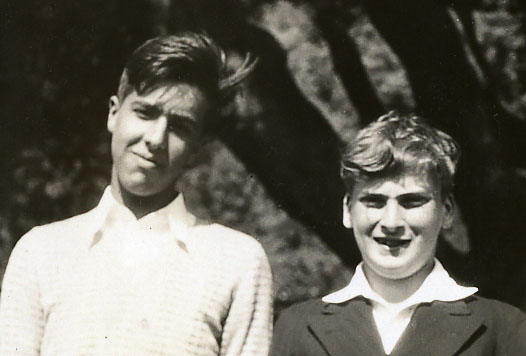