Yesterday, I received Dad’s V-mail of December 27. Glad to hear that you were all together on Xmas and Mom’s birthday. Golly, Pop, when you talk of Solari’s roast beef you make our mouths water. On the boat we had some swell roast beef alright, but since then, nay!! Most of our meat is canned – Spam, etc. though about once or twice a week we have gotten some real honest to goodness meat, tongue, stew meat, pork or chicken. Nothing really to complain about, certainly, but nevertheless I can still wish for Solari’s, can’t I?

Day before yesterday we had an interesting time. We had to go about 180 miles from here to check up on whether some of our equipment might be in this other town. We knew that some of our stuff had been there, but were not sure whether or not it had all been shipped up here to us as yet. Four of us went down in a jeep, George Davis, Roy Cohn, Ken Fadley and myself. It was quite a ride in such a vehicle, but was lots of fun.

George started out driving. We left at 5 A.M. – having had some fried eggs and pancakes here before we took off — and strangely enough we had almost a full moon still up. In fact, at one time we were driving head-on into the moon and the moon was so bright it was worse than driving out Lake Street around sunset. It’s hard to believe, but it was certainly true and amazing to us.

Roy drove for a while and we have now dubbed him “Killer Cohn,” for he seemed to chase all kinds of animals all around the road, killing a rabbit, and singeing the hair off a dog, a donkey, a cow, and a horse all in their turn. There were a lot of animals in the road from time to time, but they seemed to clear a path nicely when they saw Roy coming along. It was pretty cool so early in the morning, but we were bundled up pretty well and only our bottoms did the complaining. By the time we got home, they were as stiff as the seats we had been sitting on, and we felt as if we had actually ridden horseback the whole distance.

We saw some strange sights as we drove along. Most of them we saw on the way back, as the sun had just peeked over the horizon — as we had arrived at our destination at 8:40A.M. We saw many camels and donkeys hitched to the same plow, pulling side by side, and if you don’t think that looks funny, just wait till I get a picture or two to send you. A lot of the land we saw was like California, particularly like the land above Santa Barbara.

On arriving at the hospital in this other town, we introduced ourselves and I noted a Capt. M.C. who looked somewhat familiar, but it didn’t dawn on me that I could possibly know anyone there. But when he heard us say we were from the 59th, he perked up and asked where we were from. Roy told him we were from Stanford and then proceeded to ask who were some of the younger men in the bunch. Of course, I said I was one of them, and he proceeded to say, “I thought so!” Then I really felt embarrassed for I hadn’t recognized Leon Michels at all!!  He said he had heard from you some months ago that we were in England and consequently was duly surprised. He has been here since the beginning, his headquarters being at the same place we are and consequently he might even be working with us at some time if we get too busy. Had quite a visit with him. 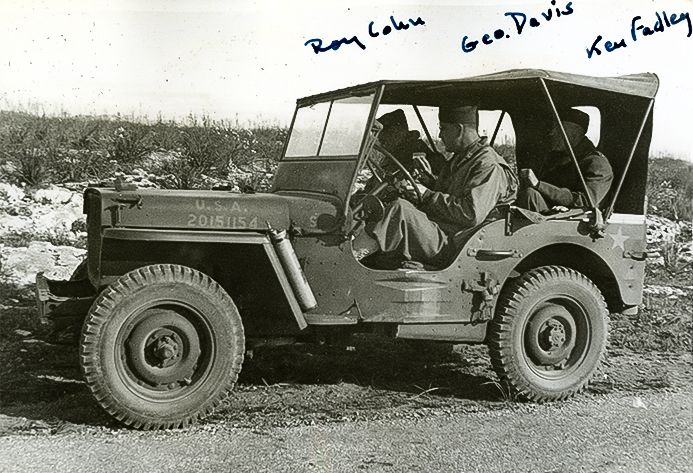 Roy Cohn, George Davis and Ed Fadley on the way to Safi with René (who took the photograph). 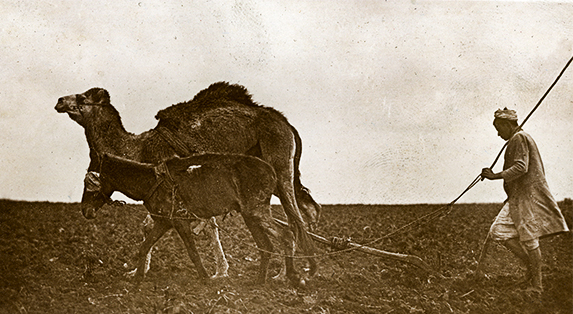 The donkey guides while the camel pulls the plow. 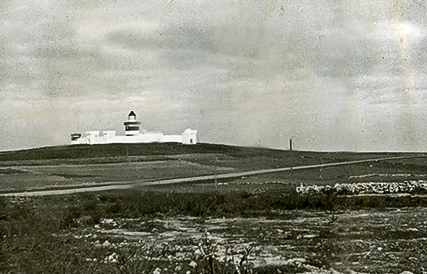 On the road to Safi — “this other town” René couldn’t name in his letter. 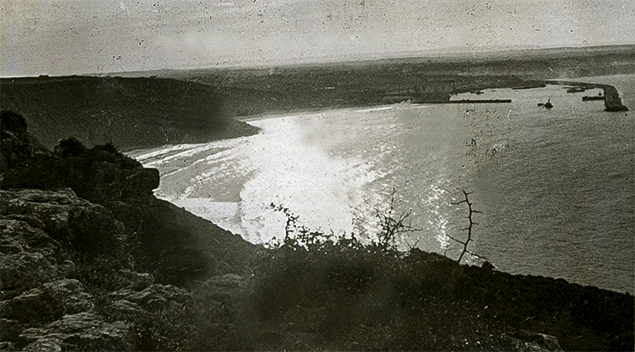 On the road to Safi