This week our basketball team didn’t do so badly. They won a game for a change and then proceeded to give the M.P.’s a good fight, only to lose by a few points. However, that M.P. game was really not much of a basketball game, for the M.P.s used a combination of M.P. and football tactics and it was a plenty rough and dirty game.

Phil Johnson is leaving us in a couple of days – going to a Station Hospital. I haven’t heard from George Wood as yet. We finally got what we should have had for a long time, and that is an EENT man. His name is Capt. Earl Slaughter and he seems quite nice and apparently is a very good man. He hails from somewhere in the middle-west.

Yes, Mom, I would like some more deviled ham, not, however, too much, but just enough for an occasional taste, therefore the small cans are better. As for candy, I’d just as leave wait a bit, as we are now getting some at the PX. And though not much, it is enough to keep us going, particularly since the food of recent weeks has been pretty good.

Dad, your letter certainly did an excellent job of cheering-up and I certainly don’t see what more you could say or how anyone could ever say it any better.

Mom, It is difficult to express just how much I appreciated the thoughts in your recent letter. In reading both yours and Dad’s letters I felt that, gosh, after all, these many thousands of miles that separate us physically are really not so far after all.

Lois left here a few days ago and is now somewhere back in Africa at a small station hospital. This place is no longer the same and Isolation is no longer running smoothly as it had under her hands.

As far as saying things to others [about Lois], well, I think it better be done. You’d better tell the Cerfs, Eisenbachs, Gram and Henriette, since I think that Lois said something in postals she wrote them thanking them for presents. I hope that those postals do not beat this letter. Perhaps they have. Those are the only ones I know of to whom she wrote, so the subject can just be dropped as far as others are concerned and they will soon forget it undoubtedly. 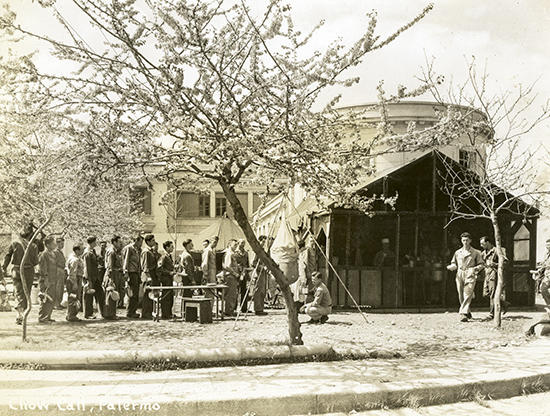 René tells his parents that “the food of recent weeks has been pretty good.” 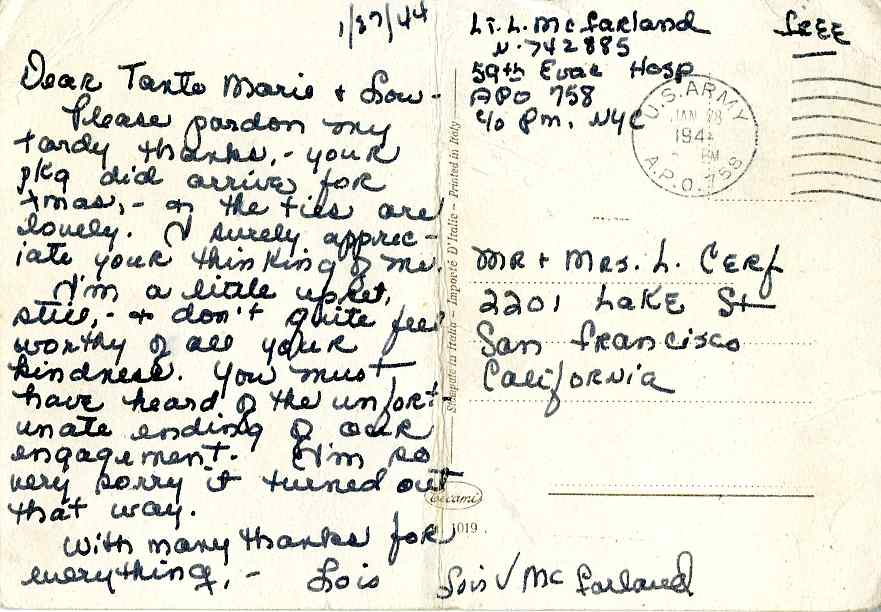 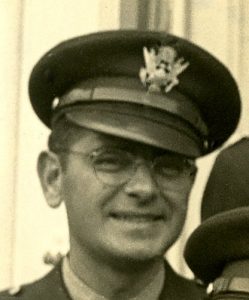 René tells his parents that Phil Johnson is leaving the 59th Evac. Hospital to go work at a Station Hospital.