Yesterday, Carroll Russell and I went out for the first exercise that we have had since here. Only took a short walk, but it was most pleasant. Walked thru the nearby town and back in the hills a little along the roads.  Just on the fringe of town we saw a large pond that was frozen solid and on it there were numerous kids and young-adults, and even a few who were not so young, ice-skating.  It was fun to watch them.  We asked one of the little girls how deep the pond was and she told us it was only about two feet deep.  In other parts of the town, we saw little kids on their small sleds pulling each other over the small frozen spots that lined the road on either side — others just skidded across the ice-patches, standing up to start with, but occasionally ending up in more of a prone position.  The kids with the little sleds all seemed to be indulging in the sport of “I’ll pull you across if you’ll pull me back.” We also walked thru the grounds of the local brewery, which is located near the local church.

This afternoon we again got ambitious, Carroll and I, and made a circuit of the nearby towns, thus not having to retrace our steps at all. We walked about 12 kilometers and it was nice and crisp weather the whole time, so it was most invigorating. We enjoyed it greatly.

Mattie is again bothered by some pus where it does not belong, fever, and discomfort, and worry about self. Wally is doing everything to get him 100% here rather than let those further back get ahold of him. For, if they were to keep him for 30 days he would automatically be transferred to the detachment of patients of that outfit and the Old Man would have succeeded in getting what he has wanted on and off for some time, as I believe I have previously mentioned to you. 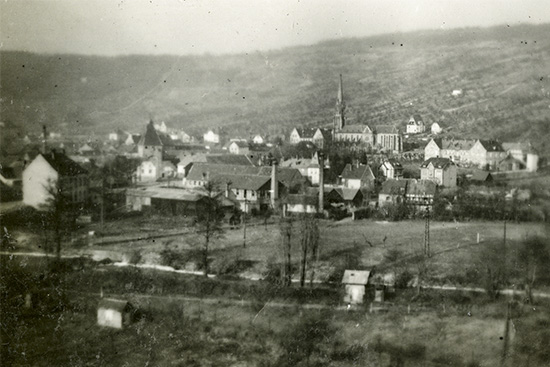 René and Carroll Russell went for a short walk one recent morning and a longer walk (12 km) the next afternoon — enjoying the countryside around Mutzig. 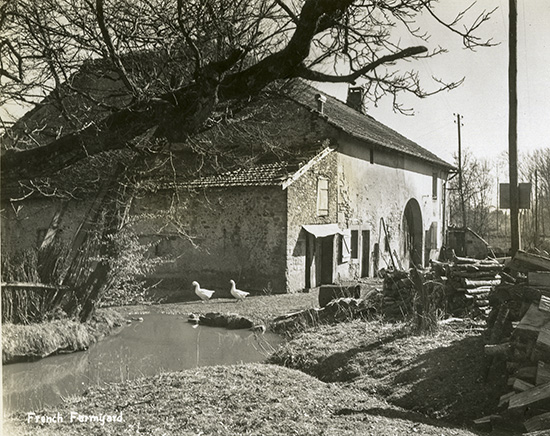 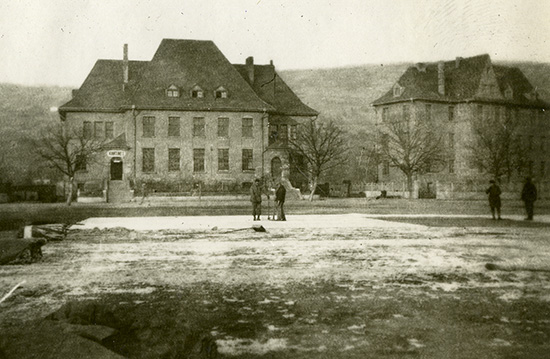 Meanwhile, back at the hospital, soldiers are working, as René’s caption says, “pulling up our red cross after it got frozen to the ground.”