‘Tis a cold and terrifically windy day today and the wind seems to blow right through the barracks. However, I’m glad to be able to say that my bloomin’ sinuses have cleared up nicely in the last few days and my throat looks as good as new. It’s sure swell to be feeling really good again after three darn weeks of feeling only fair and knowing my snozola and throat were on the blink.

The meals here are worse than usual. Why, oh why, aren’t some good cooks drafted to this joint here. This camp has improved greatly since we were hear last, in all respects, there being an officers’ club here now, some good Post Exchanges with good selections of everything, including some food that officers can now buy (remember, before, an officer had to get an enlisted man to buy any food that was wanted at the PX – a screwy system which they finally changed after a few months of squacking).

The cooking of the food, I must admit, has improved, but when you consider that when we were here before, even the hogs would have turned up their noses if it had been presented to them, you can see that any improvement gave them still a wide range before they got up to the really edible stage. Right now, about the only well cooked stuff we get is hot chocolate and ice cream. The meat the other day, pork chops, was either all fat or practically uncooked. But, so it goes!!

Gee, I didn’t think that they were going to take us out on a hike yesterday afternoon, but, by golly they did, despite the freezing cold wind. I wore the helmet Mom made me, plus a muffler, plus the wind-proof goggles we were issued, and though I probably looked like the Man from Mars, I was certainly comfortable around my face – my whole face being protected. Everybody else was bundled up but, despite the fact that they made fun of me for the way I looked, they were plenty jealous because their noses and cheeks were frozen before we had gone more than a couple of hundred yards.

This time we hiked to New Brunswick, the long way – about 5 miles, and went to the Johnson & Johnson plant that is on the banks of the Raritan in New Brunswick. Bob Escamilla, as President of the Officers’ Club of our bunch, had arranged for us to visit the plant and we enjoyed the visit very much. It took about 2 hours to go through with one of their men explaining everything we came to. ‘Twas most interesting.

They make gauze, roller bandage, band-aid, cotton, adhesive plaster, plaster of Paris, sulfadiazine ointment, boric acid ointment, first aid bandages, muslin triangles, etc. Some of their processes were fascinating. We couldn’t see how they make adhesive plaster as the Army won’t let them have visitors in that section of the plant, but we saw most of the rest. We saw how they sterilize all of the bandage material – in the packages that you get them in, and how they clean all the cotton, put it up in rolls, etc.

Last night I played bridge over in Lois’ barracks with Bam and Fran for a while, then back here early. No snow as yet, but all puddles nicely frozen solid. It was icy cold, but finally they got the heat going in our barracks last night – the pipes had been busted for 2 days and the place was freezing most of the time. Now ‘tis warm as toast in most of the rooms. 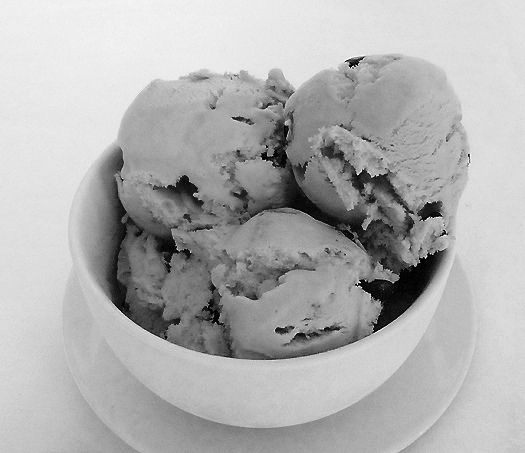 Despite the freezing cold weather, René enjoys the ice cream at Camp Kilmer more than anything, except maybe hot chocolate.

Photo by gordonramsaysubmissions, via Wikimedia Commons 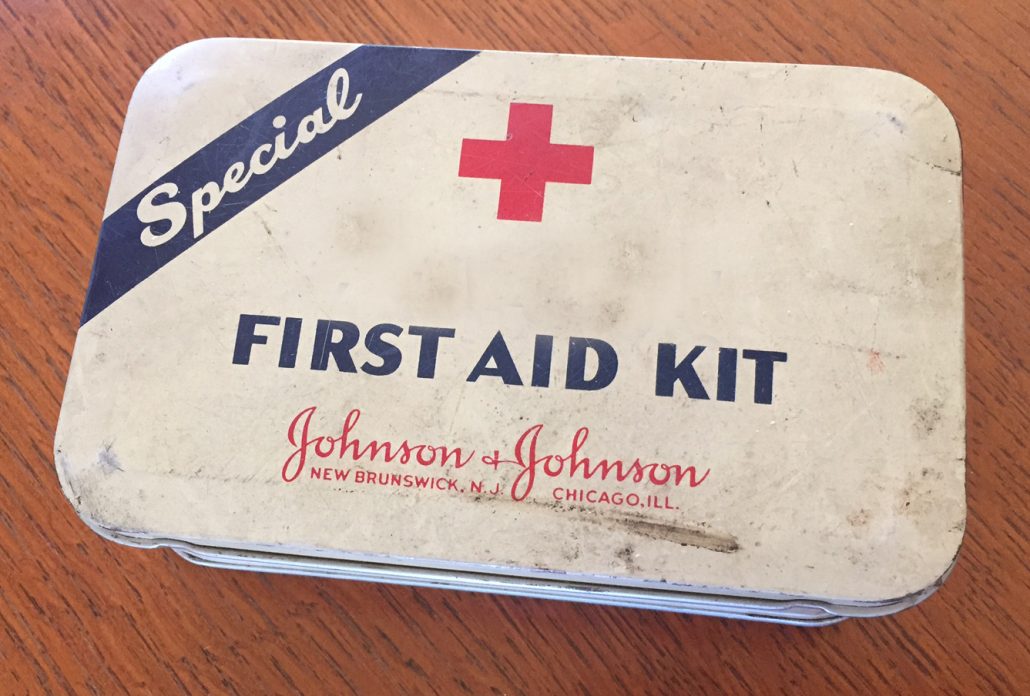 The officers took a hike to New Brunswick, NJ to tour the Johnson & Johnson plant.