No letter from René today. Here’s an excerpt from the journal of Dr. Philip Westdahl about his arrival (and that of the rest of the 59th Evac. Unit) to the South of France on August 25 and their move to Carpentras on August 26, 1944.

On Friday morning August 25, we sighted the southern coast of France, a glorious land to behold, not only for its beauty but because somehow it represented a step closer to home. Even from a distance we could see the low-lying hills covered liberally by beautiful green trees, quite a contrast to the treeless country of Africa, Sicily and Italy.

We made our way into a very colorful bay with the town of St. Tropez on one side and Saint Maxime on the other. The former was comprised of very picturesque tiled-roofed homes partially hidden by the green pines so abundant throughout the entire region. A few beautiful hotels indicated that this must be a resort of some sort. Saint Maxime, on the other hand, was a compact, small, typical old European town.

The bay itself was a beehive of activity, ships moving in and out at a great pace. We soon found our own LST heading straight for a sandy beach at two-thirds speed. We must have hit the beach at about 10 knots, sending up a small tidal wave ahead of us. It was a perfect landing with hardly a jar. Down came the ramp and the vehicles poured out without loss of a minute.

Several of the LSTs in our convoy were loaded with French troops. We were all anxious to see what their reaction would be on setting foot on French soil. As might be expected, they practically dove off the ramp before the ship landed. Once ashore many of them kneeled down and kissed the sand on the beach. It was quite a sight. They have a lot to fight for and appear full of fire and enthusiasm.

The roads in the vicinity were well paved and wide and the bridges and power-lines were intact, as though the Germans evacuated in too great a hurry to carry out their usual process of destruction. Railroad tracks were also intact.

We spent our first night on French soil bivouacked in a pine forest, a vast improvement on the dust-impregnated olive and lemon orchards of Sicily and Italy. The following morning we learned that we would be on our way to the front by the end of the day, possibly traveling 100 to 150 miles.

Our trip to Carpentras, where we first set up our hospital on French soil [on August 26], was most eventful and enjoyable. The country along the coast showed evidence of considerable shelling and battle. Several of our tanks lay crippled on the beach in one spot, but the German vehicles littering the roadside all along the route more than compensated for our own losses.

The coastal drive reminded me a great deal of the 17-mile drive at Carmel, and the rolling fields inland resembled those of Sonoma county. Our route took us through the towns of Aix and Apt, about 30 miles east of Avignon. Fortunately all of these towns had been spared the devastation so prevalent in Italy. Only occasional shell holes were evident in occasional houses. All of the little towns were wonderfully clean and picturesque, in marked contrast to those of Sicily and Italy. The French people also were clean and relatively well dressed. Almost all of the civilians in this section of the country are the friendly, dependable rural type, the backbone of the country. They immediately captured our admiration and respect – the feeling was apparently a mutual one.


Photographs of the landing of the 59th Evac Hospital and others on August 25, 1944. 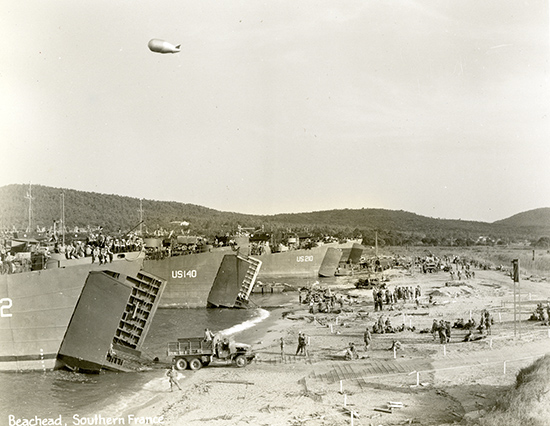 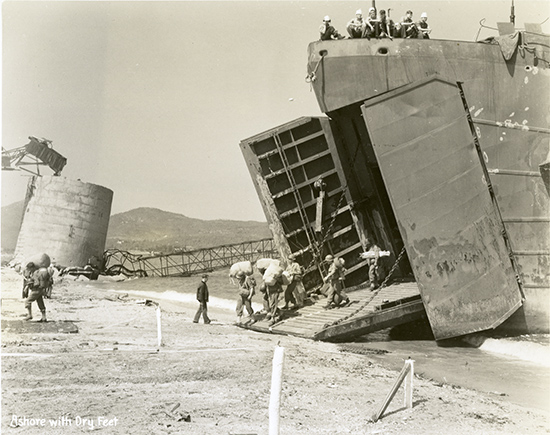 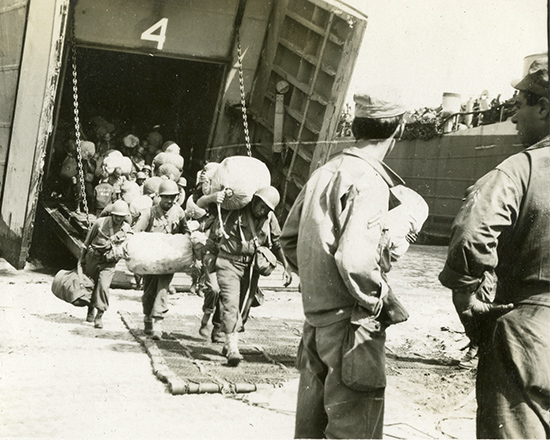 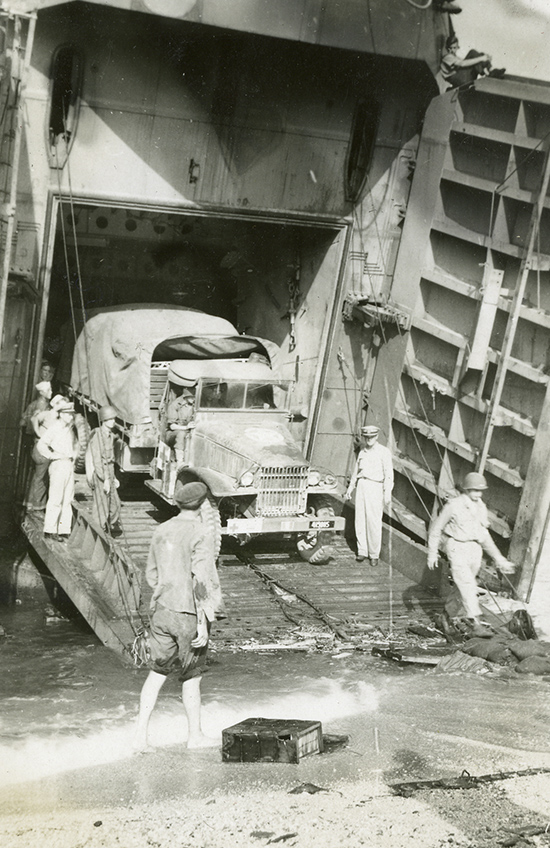 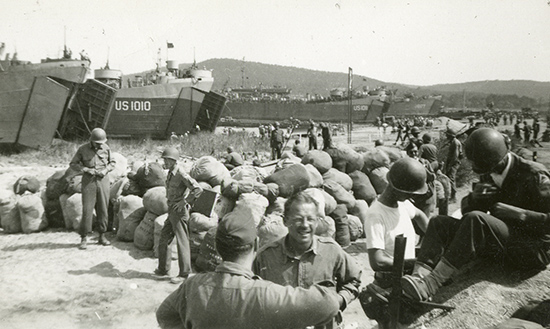 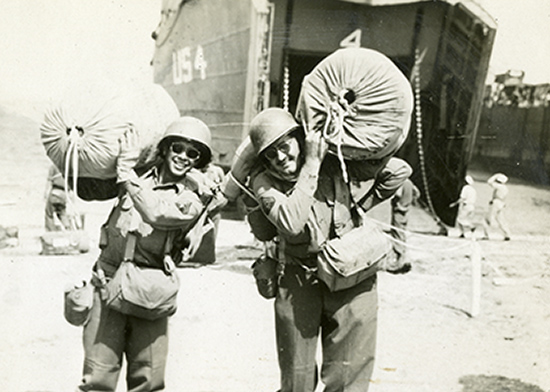 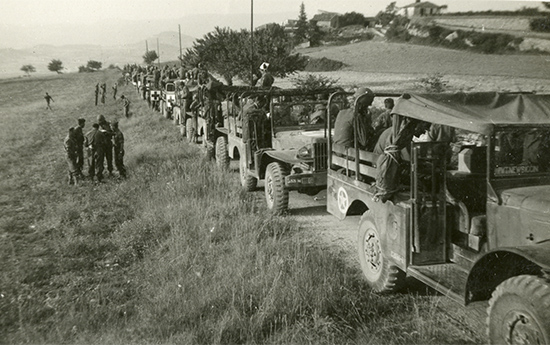