Today we have an excerpt from the journal of Philip Westdahl, about the 59th Evac. Unit’s journey to Heidenheim around April 25, 1945.

Toward the latter part of April, it became evident that the Seventh Army was turning south into the German province of Bavaria, having gone as far east as Nuremberg and captured that famous Nazi city – the site of the much publicized Nazi stadium. The Third Army also turned south from Czechoslovakia’s western border. Both armies seemed to be heading for Munich and Hitler’s hideout of Berchtesgaden on the Austrian border. News was good on all fronts. The American First Army had linked up with the Russians south of Berlin, and that city was under siege. The British and Canadians were cleaning up in Holland and had taken Bremen.

The 59th was ordered to move up across the Rhine to the Bavarian city of Heidenheim to back up the Seventh Army drive on Munich. We left Grunstadt [Tiefenthal] on April 25, proceeded by way of the superhighway, crossing the Rhine at Ludwigshafen and Mannheim and thence to Heidelberg. Fortunately it was a beautiful day, and we were off to an early start, arriving in Heidelberg with the morning sun. The city was even more beautiful than I had seen it the week before. The sun was shining on the river and the bright sun alternated with dark shadows to bring out every detail of the surrounding hills and picturesque high-slanting red tile roofs.

From Heidelberg we drove up the Neckar River Valley, which is one of the most beautiful drives I have ever seen. The river twisted through beautiful wooded green hills and its banks were lined with the patchwork quilt-like areas of green and brown fields. Here and there a picturesque cluster of typical rustic Bavarian houses made up a town. Each town usually had its ancient castle high on the hill overlooking the river, and each town had its guesthouse for tourists. It was an ideal country for a leisurely bicycle trip, stopping whenever and wherever one pleased. 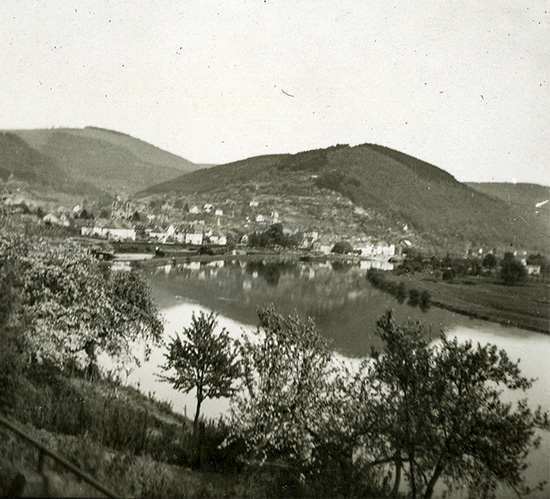 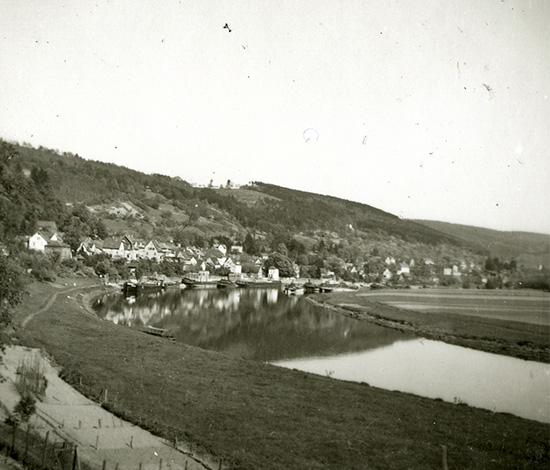 Phil Westdahl says in his journal that the drive through the Neckar River Valley was “one of the most beautiful drives I have ever seen.”