On April 26, 1945, we hear more from Dr. Philip Westdahl about the unit’s move to Heidenheim…

Most of the small villages along the route were flying white flags from a window of every house, as well as the church and city hall, and there was very little evidence of destruction. Here and there, however, one village would be extensively damaged, probably as a result of a German Army stand. We learned from wounded German prisoners that the local civilians were extremely hostile to them if they attempted to make a stand and thereby bring destruction to their city. Cities such as Crailsheim, a railroad center, were leveled and still smoking as we came through.

In spite of this destruction, the Bavarians did not seem as hostile to us as the Germans further north. Those in Heidenheim, the city where we established our hospital, seemed almost friendly in their attitude. All along the route, particularly in the industrial cities, displaced Polish and Russian civilians and released prisoners could be seen wandering the streets, enjoying their recently gained freedom. Many of them proved very capable as littler bearers in our hospital and enjoyed their first good food in years.

Heidenheim is a fair sized city about 15 to 20 miles northwest of the Danube River and about 100 miles northwest of Munich. Our hospital was set up in a field just outside of town, through which runs the small Kocher river, a tributary to the Danube. We had our usual burst of activity for two days and nights, most of our patients being German prisoners. My most interesting case was a German with a 30-calibre rifle bullet in his brain, which I removed. He did very well, having only a slight facial weakness remaining after surgery. 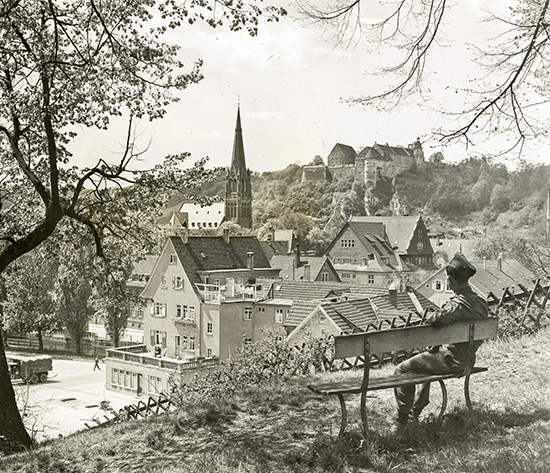