The non-coms party is coming up in two days and it ought to be pretty good. There will be about 30 of the nurses and some French nurses also, I believe. When Miss Diffley told George the other day about how many of the nurses would be going, he kiddingly told her, “You’re not including Miss. McFarland, are you? Because Lt. Bine won’t let her go.” Miss D. told him, “Yes, she’s going. Tell Lt. Bine I’m the boss.” So, George thought that was pretty good.

But Miss D. told Lois and between the two of them, they thought it would be a good idea to kid George by telling him that Miss D. took him seriously and had put Lois on night duty for that night. So, I told George that he had really messed things up, and that Miss D. had taken him very seriously, and now Lois was scheduled to be on night duty that night. Both Lois and Miss D. have kept it up very seriously and George really believes the whole thing. He is plenty worried and wrought up about it, because he suggested to the non-coms at the meeting that they invite me and I was voted an invite and now he believes that Lois can’t go and that he has messed up the thing beautifully. He has pulled so much kidding himself that we’re just keeping this thing up to the nth degree, and will do so until almost the last minute. All the boys down here and many of the other non-coms are in on the kidding of Davis also, and it’s really going fine.

As I’ve told you before, we frequently have late evening snacks and what we generally do is have our eating-fest outside — not in the recreation tent where there are lots of others, playing cards, etc., and others who might question the source of our food, and naturally we don’t get enough to give sandwiches to the whole gang that might be there. Ordinarily those favored are George, Liz, Lois, Roy, Bert and me.

Well, one night, while we were playing bridge with George and Roy, the phone rings and it was Fadley who asks for me. He asked me to take a vote and see who wanted hamburgers and who wanted liver sandwiches. As there was quite a mob around us, I merely wrote down on a piece of paper: “Do you want liver or hamburger? I’ll take hamburger.” I passed this to George and he made his choice and then, just too late, I thought to tell him he better not pass it to Lois as she might make some break. Well, he did, and she did. She comes out with a loud, “Oh George, I want hamburgers!!!!” George and I nearly went through the floor, Cohn likewise, and we shut up like clams. She didn’t realize, until afterwards, what she had done.

Fadley got back at her the next night, however, for, when he brought a nice steak sandwich over for all the rest of us, he handed her a Spam sandwich. She didn’t realize that everyone else had steak until she was half-way through her sandwich and then Ken gave her the other steak sandwich he was holding out for her. So, you see, we go round and round here, forever having some kidding going on. 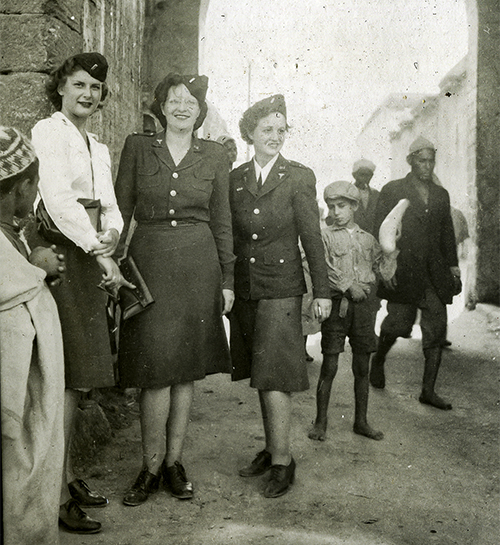 (From left to right) Lois McFarland, Gert Brazil and another nurse in Old Town Casablanca 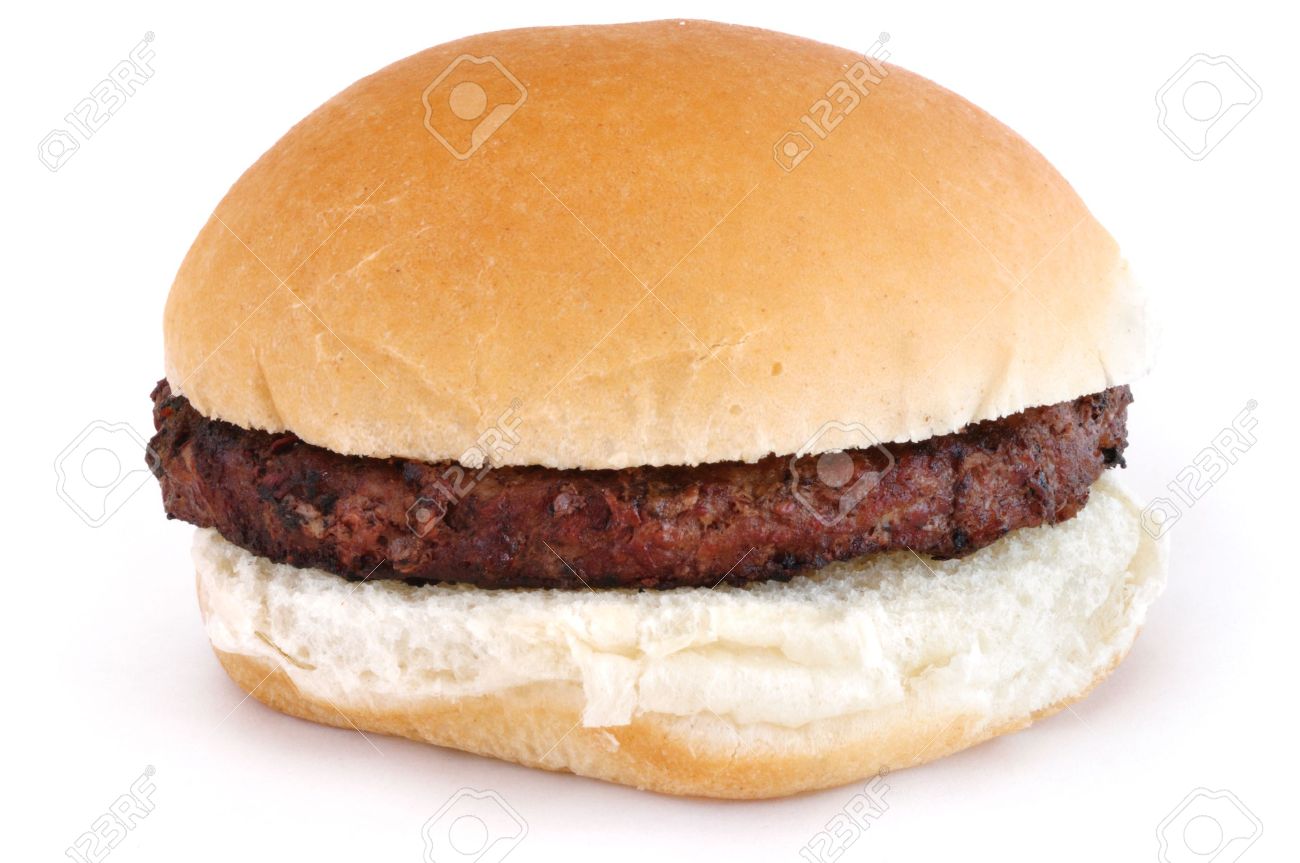 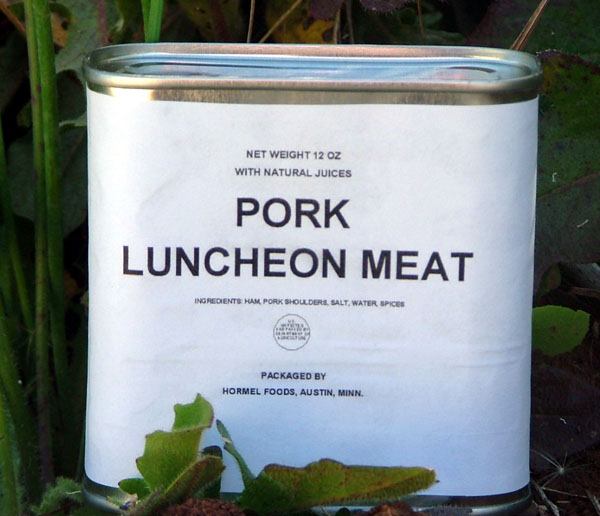 Lois gets a hamburger one night, Spam the next.