You asked about malaria prophylaxis. Well, beginning in two days we start to take Atabrine, 2 tablets twice a week, i.e. Monday and Thursday – why those days were picked, I know not. We haven’t had much malaria around here, but the mosquitos are beginning to show themselves around here a bit and there apparently have been more malaria in some of the other regions.

I don’t know whether you know it or not, but we have quite a long list of official diagnoses that we have to go by when we write up any case, and the diagnosis has to be just so, according to that list, or Bob Escamilla turns the histories back for alteration. Well, this list is rather large, on mimeographed sheets and has not had a decent cover, so, one day, Liz decided that she would make a cover for my list. She took a manila folder and went to work. When I next saw my book it had a fancy cover and a note went with it saying that the diagnoses she had put on the cover were some that I might be hunting for sometime but would not find on the inside mimeographed sheets. And spread over the whole face of the cover were such diagnoses as “fibroids, hysterectomy, abortion, rectocele, cystocele, dysmenorrhea, retroversion, ectopic, etc. etc.” Now I’m afraid that I can’t take that book onto the ward!!

A few days ago we almost had a copy of the ending of Jack Benny’s picture, “George Washington Slept Here.” Remember the locusts? Well, they descended on us, three-inch long yellow grasshopper affairs that flew around here like a bunch of P-38s. They were here in swarms and you had to fight your way through the clouds of them. Actually they weren’t as bad here as they were a few miles way from here – where the scenery was obliterated by the mass of yellow insects. Apparently they finally went out to sea, for some of the boys found mobs of them washed up on the beach. Did they get lost and wander too far, or ??? 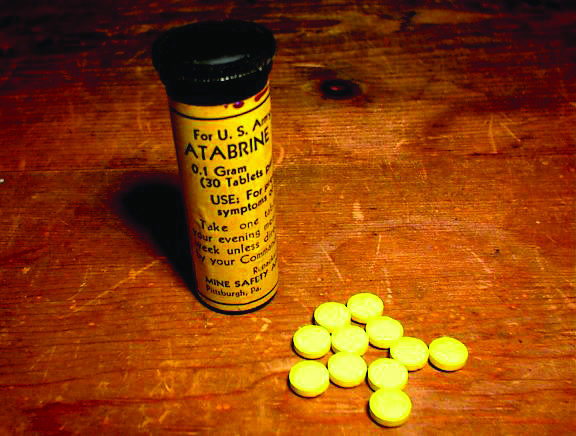 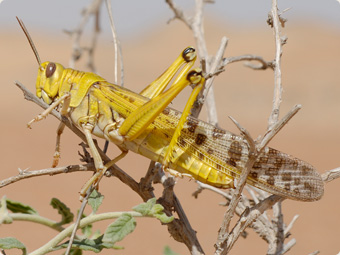 Swarms of locust descended on the 59th