After lunch, walked with Lilice to the Trocadero, which is a beautiful and elaborate place close to the Eiffel Tower, and then finally walked over to Marie Weill’s place. She and her family live on the fifth floor of a rather old, but nice apartment house near the Avenue de la Grande Armee, just a block from the Arc de Triomphe. They have a wonderful view from their balcony. We were there for “tea and gouté” and both were very good. The two sons, Francis and Claude, were home. The third son, Serge, had not as yet returned from the Army. In fact, Claude was only home on a two-week furlough, having arrived just that noon.

Francis is about 27 and an exceedingly intelligent fellow. He was most interesting, spoke excellent English and I enjoyed talking to him very much. He is a painter, having done numerous paintings and also murals. Before the war he had his own studio, but of course quit during the war. Now he is teaching art at a high-school and is just getting started again on his own besides. When he gets in full swing he will probably drop all his teaching duties. During the German Occupation he was active in the Resistance, being a member of the FFI. He operated mostly on the eastern border thru Alsace and Lorraine. He got data on German troop movements, equipment, etc. and relayed it to headquarters in Paris to be wired to England. Very likely, unknown to him, he was one of those under Yvette.

He changed his name and address almost every week or two, always changing whenever some compatriot who knew his address was captured, for, no matter how good a friend one might be, under torture they never knew what might be divulged. He said he usually carried messages by writing on a tiny piece of paper and inserting that paper between the pages of a new book, one with un-cut pages. He could then read on to his heart’s content and no one would suspect that there was anything wrong about his book. On two different occasions he had the Gestapo at his front door and escaped thru the back door just in time.

Claude Weill is 25 (I believe) and had escaped into Spain in the Fall of ’43. He was in prison there for a month but then got out to Casablanca where he joined the Free French Army, almost immediately (in Dec. ’43) going to Italy to join the American 5th Army. He fought thru that hard winter, in the Cassino area etc., going up as far as Florence and then pulling back to go in to Southern France, landing on the 18th of August at St. Raphael. From then on he was actually never far from us, being at Besancon, Belfort, the Colmar pocket, Stuttgart and then down in Southern Germany. At the moment he is stationed near Frieberg. He, too, seems like a nice fellow, tho’ is quieter than Francis. I would have liked to have spent more time with the latter.

In fact, enjoyed meeting the whole family very much.

Watch the conclusion of this letter
September 4, 1945 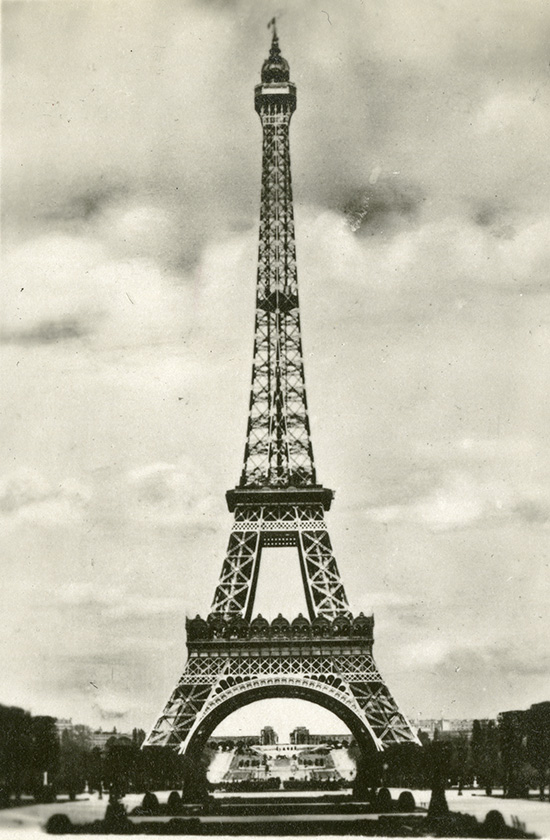 After lunch, René walked with Lilice by the Eiffel Tower and the Trocadero. 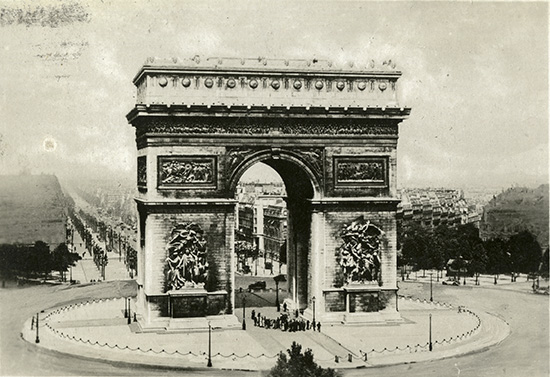 Their destination was the apartment of Marie Weill, just a block from the Arc de Triomphe. 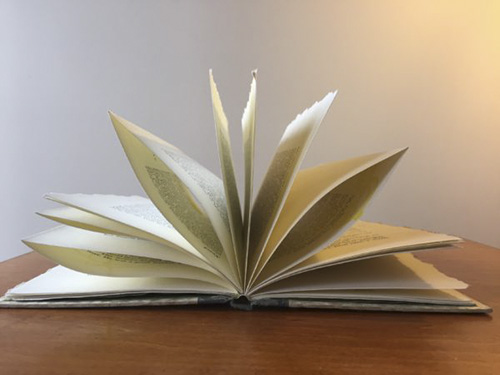 Francis Weill tells René that during his time in the French Resistance, he often would transmit messages written on a tiny pieces of paper that he hid between the pages of a new un-cut book – like the one above.