After a couple of hours at Weill’s, Lilice and I left, Lilice going home and I going first to the hotel and then to pick up Yvette. Went with Yvette then, to her club, which is called the “18th of June.”  Reason for that name is that on that day De Gaulle spoke last year from England, telling all those in the Resistance that they were no longer fighting alone, and that there were French troops once again fighting on French soil.  The Club is exclusively for those who were active in the Resistance, and, of course, Yvette is about on top of that list.  It is in quite a nice place, a former hotel. The food was good, and I got Yvette to talk on, and on, and on.  I was glad that the Club was not on a charge basis for, at least, tho’ Yvette had ended up by taking me to supper, I was able to pay for the meal.

I’m not going to attempt, tonight, to tell you any more about Yvette – that is going to take a least a whole night in itself anyway. Suffice to say that after supper we walked down to meet David, George, Lilice and Jeanne, sat at an out-door café for a while and finally all walked to the Arc (Etoile) and bid adieu – each group taking different Metros. I hated to leave them and only hope that I shall be able to get up there once again before too long.

The next A.M., Saturday, I had to get up real early to get out to the airport. Left Place Vendome at 7 A.M. and was once again lucky enough to get by on those screwy orders, talked the mail-pilot into taking me on as a passenger, and landed at noon at Fritzlar. The ride home was better than the one going to Paris, for I just stretched out on the mail sacks – I was the only passenger – and fell promptly asleep. Phoned here for a vehicle to pick me up and no sooner was home than was plunged into some work for the motor-pool.

Yesterday A.M. I got up at 4:30 A.M. to drive 5 of the nurses to Frankfurt so that they could catch a plane to Marseille on the first leg of their journey home. As the command car was on the fritz and the only jeep in decent shape was the chaplain’s, and the sedan is still being fixed, the only vehicles that could take the gals were a 2-1/2 ton truck or the bus. They finally smiled sweetly at me and I took them in the bus.

‘Twas quite a ride and I am surprised I was able to write as much as I did last night when I returned. Got them down there at 8:30 A.M. only to find that the last plane for Nice (they apparently have to go there first) left only a few minutes before. Had they been ready to leave at 5 A.M., as planned, instead of 5:20 A.M. and had I not had a bit of trouble with the bus on the way, they might have gotten off yesterday, but as it was they were to get off this A.M. at 8. The group that went this time was: Liz Liss, Chris Colletti, Miss Diffley, Clarkie and Lee Summers. I really hated to see Liz, Chris and Clarkie go. All three are really swell gals.

As they had to wait over for the day, they got rooms at the Hotel Excelsior in Frankfurt and were able to eat across the street at the Carleton Hotel. They insisted that I remain for lunch with them before returning, so I did it. What a swell lunch: excellent soup, chicken, fruit salad, and, to top it off, a scoop of chocolate and a scoop of vanilla ice-cream. We made ice-cream floats out of the vanilla – i.e. coca-cola floats, as they also served coca-colas with the meals.

Finally set out for here all alone, and managed to make it o.k. tho’ something, I know not just what, went ka-flooey with the engine of the bus. 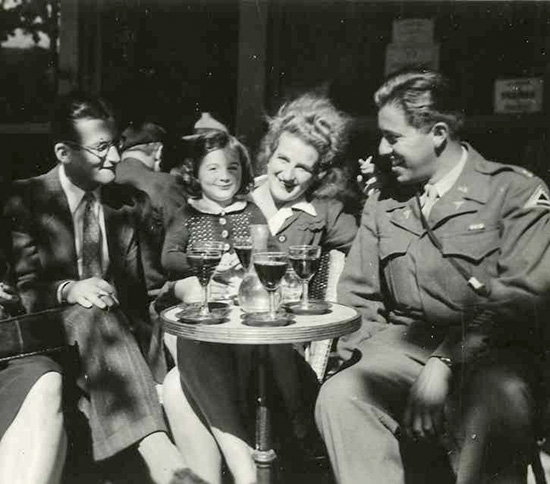 When he returned from Paris, René drove five nurses to Frankfurt (in the bus) so they could catch a plane to Marseille – the first leg on their journey home. He tells his parents that he “really hated to see Liz Liss, Chris Coletti and Doris Clarke go. All three are really swell gals.” Pictured below are Liz, Chris and Doris. 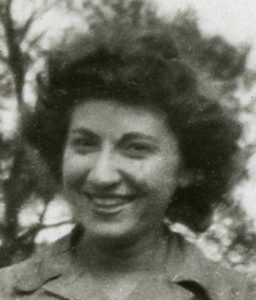 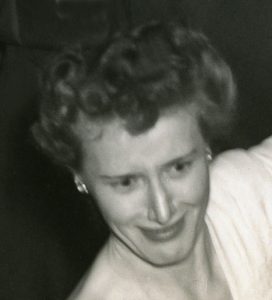 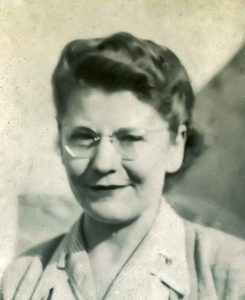