Regarding “announcing,” we had decided that no camouflage was better than a poor camouflage. And since darn near everyone knew, or suspected so darn strongly it was the same thing, we felt rather safe in bringing the ring to lite.

I must admit that we did have a little hesitation along that line but not too much. Miss Nicholls, the head nurse, herself wears an engagement ring, but apparently her engagement was broken before she left Ft. Ord. Anyway, she fully approves and is glad that Lois is engaged to someone in the Unit, so that there wouldn’t be the possibility of losing her from it. When the Col. saw the ring, he gave his full blessings to Lois and he apparently thought it was swell. I, somehow, was in his good graces and he seemed to think a lot of me. ??? why?

Another interesting thing: Tuesday night one of our nurses, Charlotte Edelfson, got married to a Capt. in the Engineers at Fort Dix. She had known him only about 9 days. He is scheduled to go overseas but does not want her to. However, she wants to and wants to stay in our Unit. How is it possible, you ask? Well, as of Tuesday morning, there is a new order. Nurses that get married while in the Army are not to be relieved from duty with the Army or their Unit. Apparently there have been about 200 resignations per month because of marriage and that is more than the number entering the Army. As a consequence the Army is changing its policy.

That, however, does not mean that our Col. would necessarily agree. From the way he talked before the new order came out, and even right after, he is not going to let Charlotte stay in the Unit. He may, of course, have changed his mind again in the last 48 hours. I know not, because I think Miss Nicholls still expects Charlotte to be with us. At any rate, don’t worry, we are not going to take any such chance, and intend to remain on the good side of the Col. where we are now, and have every intention of having a San Francisco wedding.

If the Unit were ever to be partially split, there’s no chance of our being separated, as far as I can see now, as the orders come through the Col. and he makes the decision as to how the Unit is divided, if it ever is. And with Miss. Nicholls particularly on our side, and being in the Col’s good graces, I think we have nothing to fear.

Just so you will have all the dates, here goes. We met on June 13, 1942 at approximately 10 P.M. at the Ft. Ord Officers’ Club dance. Our first date was a double with Roy Cohn on June 18th at Del Monte. We got engaged on July 8th.

No more casualties in the Unit. Lusignan is doing fine – getting up now. Miss Thornton is out of the hospital. Roy Cohn’s knee is doing fine and apparently the “pus” found in the aspirated fluid was a hoax. The knee is O.K., no tenderness or swelling and there were no bugs in fluid. He is still in the hospital, but will be out in a few days.

Post was on “Alert” on Rosh Hashonah and no services on Post. As for Yom Kippur, we may be able to go to into New Brunswick, but I’m sure N.Y. is now out of the question since we only have 6-hour passes.

Yes, the 59th is the movingest outfit there ever was – we move and move and get nowhere in a big hurry. We are always hurrying-up to wait. This A.M. we moved into other barracks 3 blocks away – why? You tell us! It’s nuts.

Funny thing happened yesterday. Just as we were getting ready for calisthenics, a messenger drove up in a jeep and asked for Lts. Stratte and Johnson. He had a telegram for them. Then we noticed another jeep drive up in which an M.P. was sitting. The latter also asked for the above Lts. And they were plenty scared. He said that the Post Intelligence Officer wanted to see them right away. Reason: the telegram!

This is what the wire had said: “Tell Army to get off dime and on horses, beautiful blue heaven available if permanency assured.” – The Women. Meaning, of course, that their wives would arrive here if we were going to stay any length of time longer. The reason Intelligence questioned the telegram was not only the funny sound of it – suspecting code – but also because “blue-heaven” is an Army code word, and naturally they suspected the worst. The boys adequately explained the whole thing, but last nite they phoned their wives and had Halter do the talking at first — saying that they better not wire any more like that, as the 2 boys were in the guard house.

Watch for my next letter
September 19 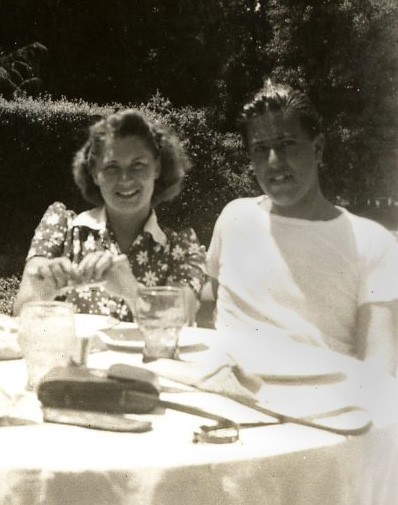 Lois and René at the Del Monte Hotel in Monterey in June 1942 – the month they first met. 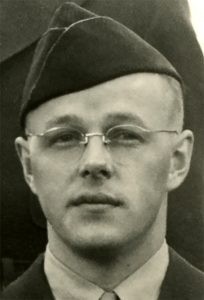 Lt. Paul Stratte – in trouble with the MPs? 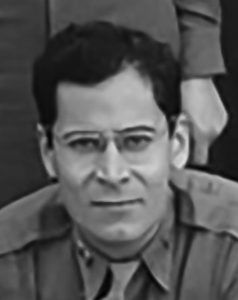 Lt. Cy Johnson – in trouble with the MPs?