No letter from René on October 4. Here’s an excerpt from the journal of Dr. Philip Westdahl, about the end of their time in Rioz.

Much to our surprise [after a lull] we had a second spurt of activity at Rioz before actually closing. This was due to an unusual number of casualties jamming the Evacs which had gone up ahead of us. As a result, most of the Germans, as well as less serious American casualties, were sent on down to us. Most of these patients came from the Epinal and Remiremont regions where the Germans had put up a pretty stiff fight. Both of these cities are on the Moselle River, one of the German defense lines. The spurt only lasted two days, however, and we finally hit our real lull before the news reached us that we would be moving up to Epinal. Once again our tent life has become quite natural, and as for myself, I prefer it to living in buildings, which we are soon to do in Epinal.

We always learn a great deal by talking to the boys who come back from the front, particularly the officers who are more familiar with the general tactical situation. Most of the infantry officers feel that Old Man Winter has really settled in and unless we have some very favorable weather during October, the campaign will reach a stalemate for the winter. According to them, the roads are even sloppier and muddier than those here in Rioz, so that our motorized equipment is even bogging down.

Furthermore, the terrain is very favorable to the defense, being mountainous and heavily wooded, so that armored vehicles and artillery have a difficult time. Many of the casualties had head, neck and chest wounds from “tree burst” injuries. These are wounds resulting when a shell hits a tree and explodes — scattering its fragments at a high level. 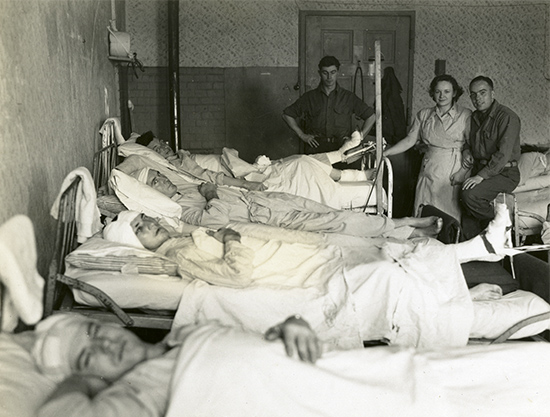 Phil writes that “many of the casualties had head, neck and chest woulds from ‘tree burst’ injuries.” 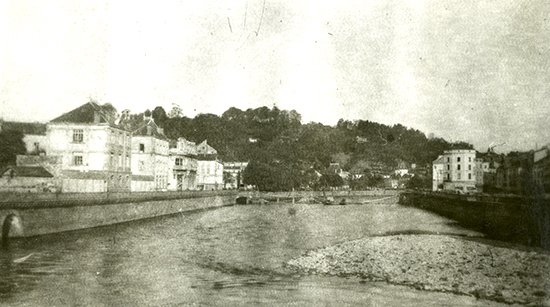 The Moselle River at Epinal