Sorry to hear, Dad, that you have again had teeth trouble. How many does that leave you, anyhoo? Yes, our food is O.K. though there are forever grumbles that one has gotten to take as routine. But then, maybe I’m not so particular as some of the rest – and anyway what good does it do?

One thing that seems odd, however, regarding food, is that we seem to get practically nothing but fat on the pork chops with only an iota of meat on the bones. It’s a wonder that the Army buys that stuff for ‘twould seem far wiser for such animals to be sold for lard rather than meat.

Regarding malaria, we have seen all varieties though very very few of the more serious type – practically all were mild cases of Vivax. Don’t remember having had any atabrine-psychoses, I don’t think we’ve had any, despite some pretty good doses in therapy.

As for rheumatic fevers, we have had relatively few – but, of course, the outdoor life of the soldier overseas is less conducive to that disease than is the city life for those who had previously been in the country – and, of course, barracks like in the U.S. are more city-ish than pup tents, etc.

As far as eating in local eateries is concerned, it is and it isn’t safe. It depends on the place. For a time, every eating place was off limits and then for a while it was O.K. But more recently the former state of affairs has prevailed again. It depends, of course, on the cleanliness of the joint more than anything else. I’ve never gone in any place without having a look a their kitchen first.

On our trips, however, we did our own cooking, mostly on that first one, except for two meals at really clean places where other Army or Navy officers had eaten and recommended. On the second trip, however, we ate at the hotel at which we stayed and used our own food supplemented by things that the owners of the hotel got for us. Accomando supervised the stuff before and during cooking, so that we knew we were pretty safe. And, surprisingly enough, in our own outfit we have had little trouble from anything that could be caused by food. Have had only two amebic cases – the one nurse and one of the enlisted men – and no one has ever returned sick from any of the trips we took.

That, I think, was somewhat of a surprise to all, but it was one of the factors influential in keeping up the trips for as long as we did. Yes, there have been occasional individual outburst of diarrhea, but nothing serious, and certainly not more than would be expected in a normal population of this number.

No, you are right regarding the parachute jumps: the higher the safer, for it gives plenty of time for the parachute to open. And if the first one doesn’t open, then they still have time to have their emergency front chute to open. If they jump from too low an altitude then their goose is cooked rather soon. They also cannot let the chute open too close to the plane, either for of it getting fouled up in the plane. Chuck went off, I believe, from about 900 or 1000 feet just above a field, along with a flock of others.

Today there is the “All Stars” baseball game – stars of one league against the stars of the other league. Wy and Lefty will be playing, so shall be going out to see them.

We’ve taken over the beach club that Skinny St. Claire and Bob Loeb used to have with their gang. It isn’t really a club, but a house on the beach, and now our Club runs it with the others still able to use it too, of course. It is a two-story house of about 6 of 7 rooms, a front porch, a back-garden with badminton court, dart games, etc.

I sort of imagine that this will arrive just shortly before your birthday, Pop, so may I wish you a HAPPY BOIDAY AND MANY MANY MORE. 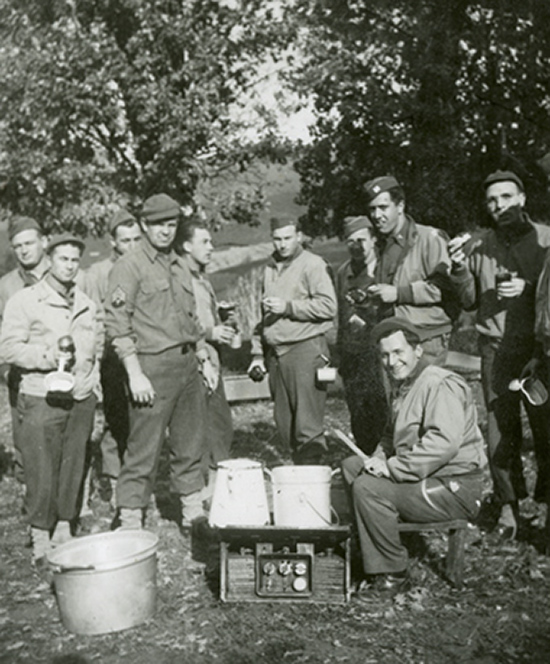 René tells his parents that while local eateries in Palermo may be safe or not, no one got sick on their “road-trips” around the island. Either they ate their own food (above) or Eddie Accomando (shown below standing at the left of the frame while René is seated at the table) supervised the food preparation at local restaurants or hotels. 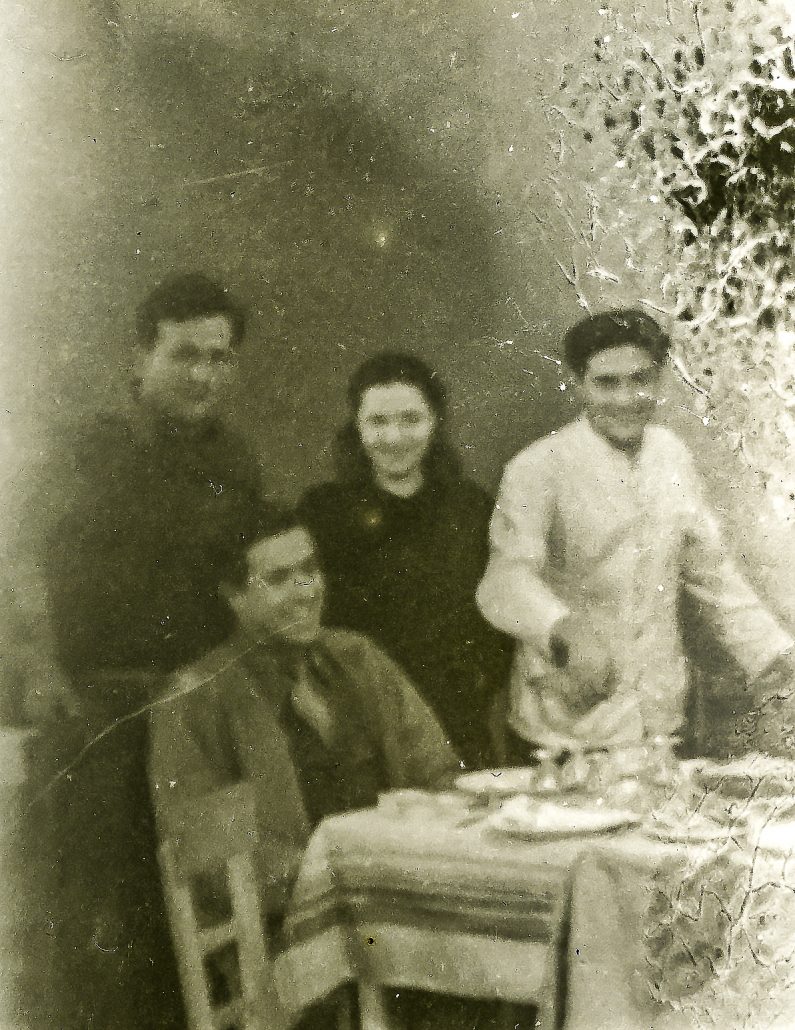 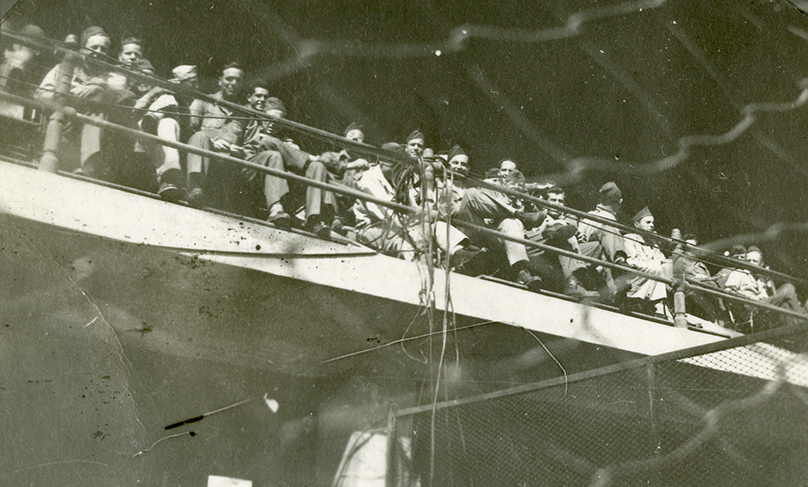 René is planning to go to the “All Stars” baseball game after he finishes writing his letter home.