Here are some reflections from Dr. Philip Westdahl about the end of the War in Europe. This is from the last entry in my copy of his journal.

On Tuesday, May 8, 1945 the “Stars and Stripes” was published with headlines two inches high covering half a page:

So there it was! Somehow in spite of our apathy, those words did look beautiful in print.

At three o’clock in the afternoon, we listened to Prime Minister Churchill, speaking from London over the BBC, announce the unconditional surrender of the entire German fighting forces. The actual surrender of the Germans was said to have taken place at 2:41 a.m. on May 7th, and to confuse the date even more, the official time at which the surrender was to become effective was 12:01 a.m. on May 9th. In spite of numerous official, and unofficial announcements, isolated incidents of fighting and bombing by German pilots were reported on May 9th. 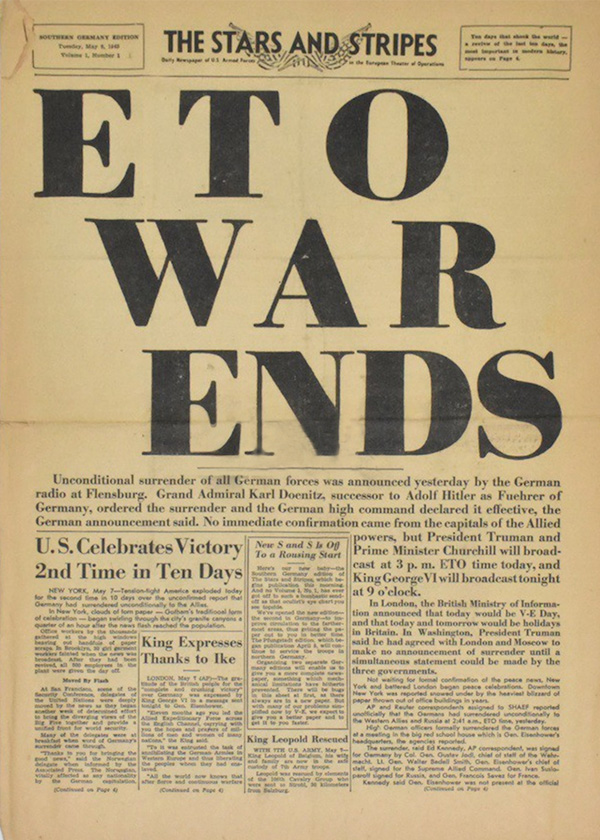 The cover of the May 8, 1945 edition of “Stars and Stripes” that Philip Westdahl mentions in his journal entry.