Next A.M., up bright and early, and then at noontime we got word that we were going to have to take patients that night, despite the fact that the vehicles that were supposed to move us had just arrived in the area an hour before (we had sent our own trucks up the night before with a small amount of basic stuff).  So the Col. decided he better go up and warn Gerbode and Roy who were setting up in this new area.  I had been scheduled to take the next convoy out with Stan Jobe, but instead went with the Col. in his jeep and arrived here in time to help Roy and Frank get things in shape, put up signs, contact headquarters, etc.

Three teams of officers and a few of the nurses arrived by supper time and the first part of the convoy got here a little after that, and by golly, we were ready to take patients, and did, at 7:30 P.M., tho’ actually they didn’t start shoving many to us until midnight. Our team was first on call, so we did all the work until 5 A.M., when the slew of patients arrived, and then all three teams worked until 4 P.M., when the rest of the officers arrived.  We tumbled into bed, and instead of the 8 P.M. that our shift was supposed to begin again at, we were allowed two hours grace and didn’t come on until 10 P.M.

So, you can see why yesterday and today we were trying to make up for lost sleep.  Isn’t it funny how one can sleep almost for days on end, as we did when loafing, but a couple of nights of lost sleep still makes you plenty tired — you can’t seem to build up sleep like a reserve fund.

Yes, the “Gang-Greene” is still in it’s old form – missed midnight chow last nite and resorted to some of my deviled ham on toast with some of Dottie Merrill’s soup that she cooked up for us at 2:30 A.M. in Surgery. And then, today, we got to breakfast at 10 A.M. Same old routine of missed meals!!

Golly, last nite the wind howled thru that Surgery tent something terrific. We have to have doors so litters can be brought in and out – and those doors consist of just flaps and blankets across the openings and they are not heavy enough to withstand this March wind. “Twas mighty breezy! 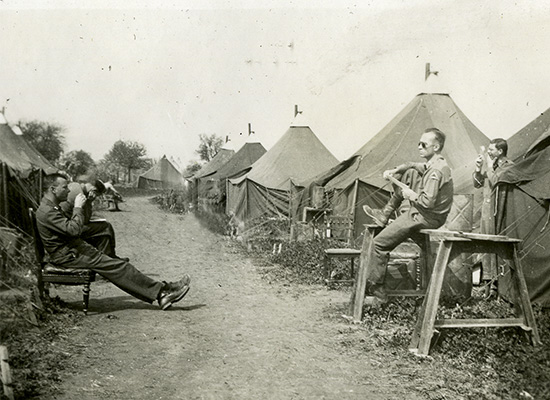 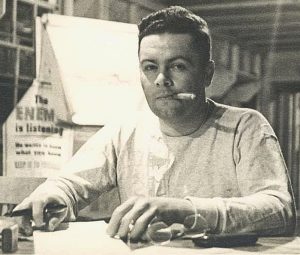 René also mentions Dr. Roy Cohn, who along with Frank Gerbode had set up their new area at Tiefenthal.