Here it is a not so beautiful Sunday in North Africa, but nevertheless we are relaxing a bit this afternoon, and so I have another opportunity to tickle the typewriter keys and get another letter off to you.

We are still in the same place and are planning to have the gals move out with us in the near future. They have to get out of their present establishment and as there are no other suitable places, they are going to move to the tents we have now put up for them. At first it was anticipated that they would move out here today, but it may not be for several days now. So, we ought to have the place nicely prepared for them by then.

Our activity has slowed down considerably, so George and I have had more time to rest in the last few days. However, things are still being built around the area and we still have a number of patients. Last night, George and I sneaked down to the quarters of some other officers we had met, and indulged in nice hot showers. Golly, it certainly felt wonderful – and when I think that I used to automatically take a shower every morning…way back when!

Some of the officers have rented bikes at 100F per week and they are managing to get around pretty well. George and I have no difficulty with transportation, of course, and as the gals are not allowed by the Col. to ride bikes, there is not much point in my getting one, as I would only have to walk from the gals place anyway once I got there.

Two promotions in the outfit – these were put in when we were still at Pickett – Cy Johnson is now a Capt. (head of x-ray) and Larry Hunt is now First Lieutenant.

Lois has been ill in bed for the last 4 days with a bum sore throat. She was running some temp. but is afebrile today and should be up again in another day or two. It’s awful tough on her as she has never been ill before, except for 2 or 3 days of flu a few years ago. There have been a lot of upper respiratory infections and sore throats amongst the nurses, probably partially because they have little to do most of the time and are sitting around in that building of theirs, which is somewhat damp and cool most of the time. The officers have fared somewhat better, though a couple of them had colds for a few days.

Yesterday, in conversation at one of the warehouses, I discovered that the 1st Sgt. there was Bill Newsom’s first cousin. Neither one knew that the other was here – more bloomin’ coincidences, eh.

Watch for my next letter
January 21 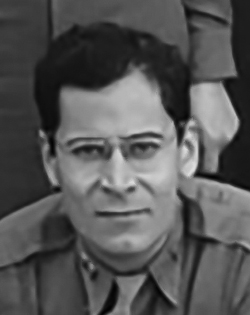 Cy Johnson, MD, is now a Captain and head of X-ray. 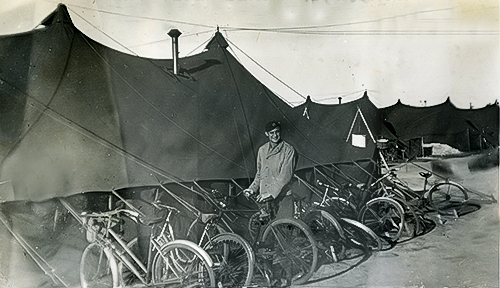 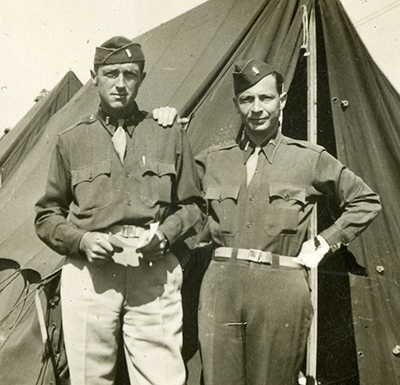