The packages I’ve received in the last few days have managed to just about fill my barracks bag. I wasn’t going to open them till Xmas, that is this last batch, but to conserve space, I thought I had better consolidate some of them. Even that, however, did not reduce the whole combined space very much.

Soooo, thanks ever so much to Gram for the two boxes she sent, the one with candy, sardines and sugar and the other with all the swell soups, peanuts and the crushed pineapple. Thanks to youse folks for the preserves, deviled ham & of course to R.B. Sr. for the toilet paper.

I really feel terrible that I have been unable to get anything as Xmas presents for you all – even had they been little things, but there just hasn’t been the opportunity nor the things to purchase in the last couple of months. I am pretty sure, anyway, that all of you would have much rather that if anything were to be spent it would be spent on our cousins over here…

Some interesting bits of news – gleaned from the Col. mostly when driving with him:

1) It seems that he is very likely not going home after all. The whole thing was started some time ago by the Surgeon, Maj. Gen. Stayre, but either the latter forgot about it or found that he did not have the power he thought he had in such matters, no one really know. At least the Col. has not seen him since the offer and promise was made and the Col. does not care now. He is just as satisfied to remain till its all over over here, just as he had said some months ago.

2) As soon as Bob Escamilla has 3 mos. in as Chief of Med. Service he will get his Lt. Colonelcy…in other words, some time in beginning of February.

The gang had quite a party two nights ago – took over the room we had previously used for Receiving, and had the best bloomin’ band we’ve ever run into – the same one that we have had at various affairs for the past year and a quarter. They started out just as a band of one Engineer Outfit, and they had to do other stuff too. But now they are nothing but a band and only do odd things at one of the headquarters. They’re at home at the 59th actually.

Apparently the party was a success.  I stayed only about an hour, as my foot was bothering me – have been nursing a small, yet persistent, little infection in the skin in the middle of the shaft of my second toe. If I were the barefoot boy, it would probably clear up in no time, but shoes do not do it any good. However, it has improved in the last few days. 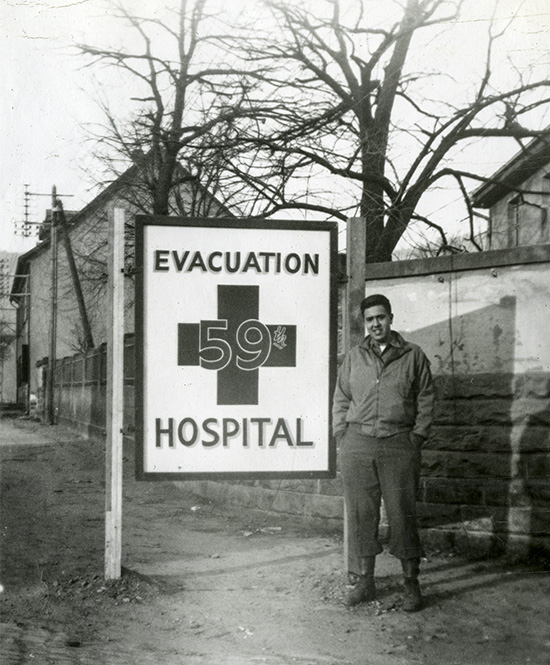 René is now writing to his parents from Mutzig, France – about 17 miles west of Strasbourg 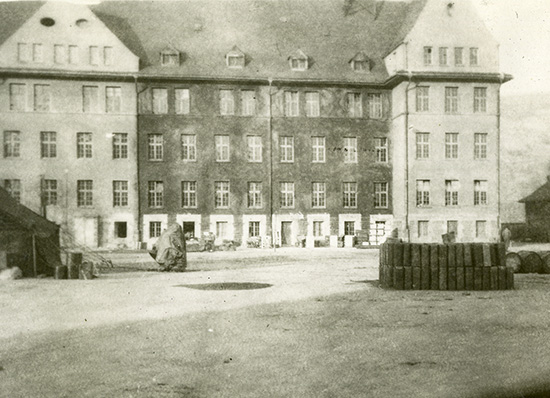 Their hospital building in Mutzig. 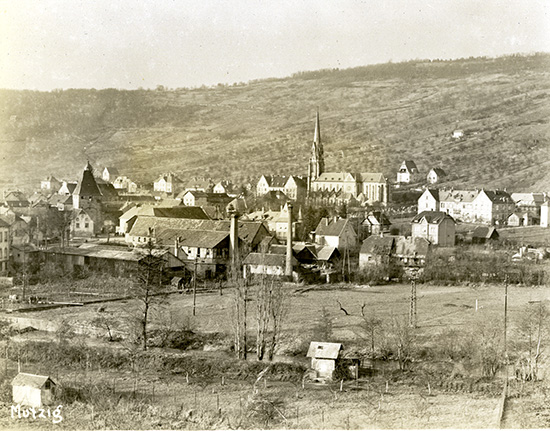 The town of Mutzig