No letter from René on September 18, 1944. Here’s an excerpt from the journal of Dr. Philip Westdahl, about what he saw on the road north from Carpentras…illustrated by the photos that René took along the route.

We left Carpentras in mid-September and again headed north in the wake of the fast moving 7th Army. Our trip was a most interesting one and more beautiful than any I have known.

Passing through Montelimar, we saw the wreckage of German motor equipment piled on either side of the road almost bumper-to-bumper for several miles, where it had been strafed by our planes and burned.

Montelimar was the town where most of our German casualties had been wounded, which we took care of in Carpentras. We could now readily understand why they were so numerous.

Also in this vicinity were several German railroad guns, probably 240mm types. They were fairly well intact, but the remainder of the cars in the train were considerably burned. Here and there the remains of dead horses filled the air with a terrific stench. Parts of German uniforms and equipment lay strew about the wreckage. 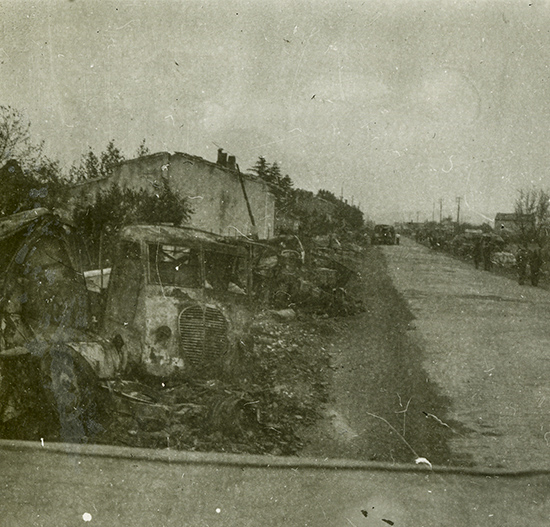 René’s photo caption: “Where the 3rd Division caught the Nazis.” 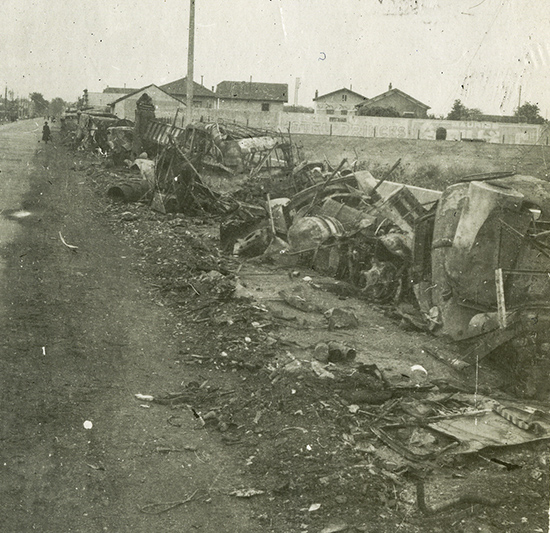 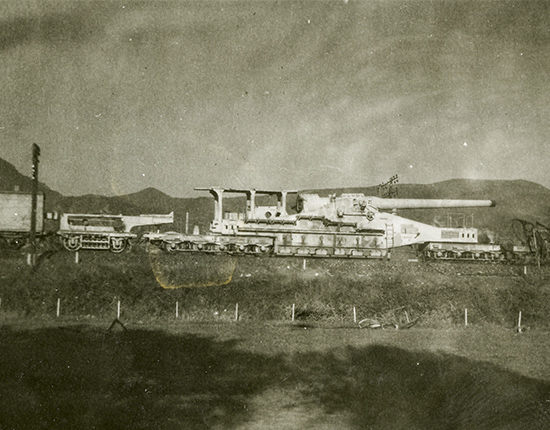 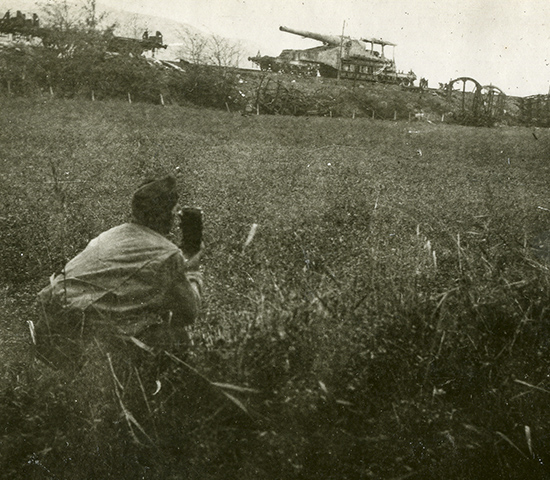