Since being home I have spent most of my time visiting friends and have spent some time out at the County Hospital and at Stanford Hospital trying to find out what opportunities are being offered for further study and hospital work.  As yet I do not know just what I am going to do or how soon I am going to do it.

I called, one evening, on Collette Meyer-Levy whose mother I saw for about an hour one afternoon in Paris (your mother knew her), and while I was talking to her, her sister-in-law phoned and was told I was there. They invited me to go with them the following evening to a lecture given under the auspices of “France Forever.” I accepted and had supper with them at their home before the lectures. Her name is Antoinette Lippmann, her husband having returned just a few weeks ago from France, where he had been a liaison officer with the American Army. They had as a guest at supper a young French Air-Cadet who had been in a navigation school in Texas for the last month or two. He had, prior to that, escaped from France thru Spain in 1943 and was in the French Army in Casablanca until recently. He was a very nice fellow and apparently is going to go back soon to Paris and hopes to join the Consular Service.

The professor who gave the lecture was named Balachowsky. Do you know or have you heard of him? He spoke in French, and spoke very vividly and well, telling the things that went on at the camps. Nothing I didn’t know, of course, but much that was unbelievable for many. The audience was mostly a group that understood French, but unfortunately there were also a number who did not. For the latter, he summarized his speech in English in about five minutes at the end of his French speech.

Just before the lecture I was introduced to Professor Balachowsky. Antoinette (who is the niece of Michel Weill of the “White House Department Store” here in San Francisco) mentioned that I had just returned and had also been at Dachau. So, rather to my surprise, the Professor asked me if I would say something at the end of his speech. I figured he might just call me and have me say something from my seat in the audience, but at the end of his speech, I found myself dragged onto the stage and facing the audience of 500.

I mostly spent my time corroborating the things the Professor had said, trying to make people realize that what he had said was far from an exaggeration and that he had under-stated rather than over-stated the things that went on over there.

After the lecture, several people came up to me and among them was Paul Verdier, the owner of the “City of Paris” department store and the President of “France Forever”. He wants me to come in and see him one day, so I shall do so – perhaps this week – and see if I can interest him in “Revivre” and also see what he thinks about your coming out here in the interests of “Revivre”. Afterwards, the Lippmanns took me to the home of the French Consul General, M. Jacques Baeyen, where a small group was gathered, but there I only got a few words in edge-wise.

I am wondering how well your project is going and also wondering when you are going to move the kids out to Deauville.  In going over the list of things that Mom has sent to you and the rest of the family, I think she has fairly well covered the immediate needs and the things you specifically asked for, including the coat you were wondering about.  Be sure and let us know when you get the various things so that we can be sure nothing is lost enroute.

I am also wondering when you are going to have your hand attended to??? How about it???

How was the big party that Friday night after I left? I really would have liked to have been there with you. My best regards to Herve, and to all the others.

With love to all the family,

And loads of love to you,

Find out what René did after the war… 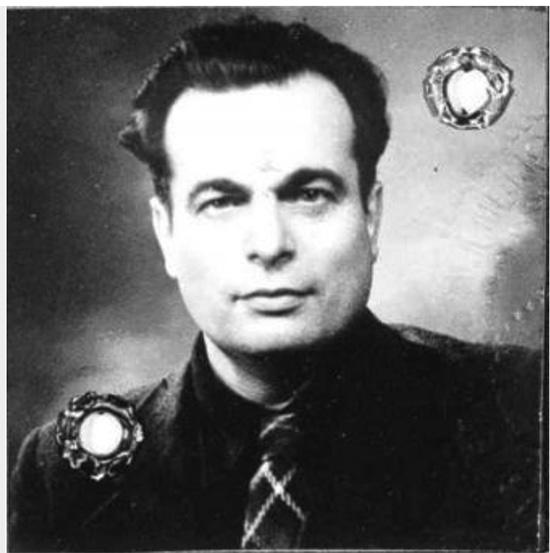 René went to a lecture by Professor Alfred Balachowsky, a French entomologist, born in Russia. He was part of the Prosper Network in Paris during World War II – a spy network run by the British SOE (Special Operations Executive). When the network was betrayed, he was arrested and sent to the Buchenwald Concentration Camp. In the camp he worked on developing a vaccine for typhus and also helped various underground groups inside the camp. 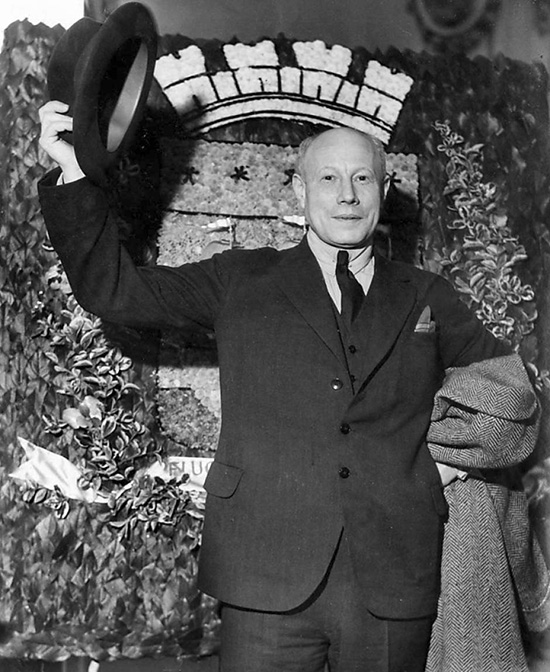 After the lecture, René spoke with Paul Verdier, the owner of the City of Paris department store and the President of “France Forever.” René says he will talk with him soon about “Revivre” – Yvette’s organization that is helping orphaned children of members of the Resistance and those who died in the camps. 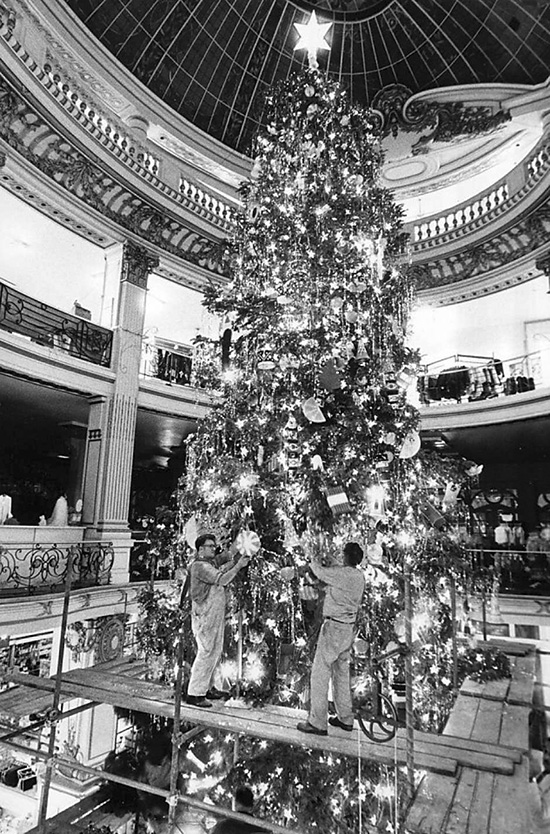 The City of Paris, which graced the corner of Stockton and Geary for 73 years (until its demise in 1980), was beloved by San Franciscans for its elaborate Christmas tree that soared four stories up to the stained glass rotunda.