Not having much to do at the moment and just sitting in the Receiving Tent awaiting the slow flow of patients, and there being a typer handy, I figured that this is a good time to get a little note off to you. My mouth is again all O.K. and there is no longer the enforced platonic friendship. Chappie packed my gums with copper sulfate for several days and the bloomin’ infection cleared up nicely.

The party the nurses gave the other night was really quite a shindig. It was given in a “Villa” in which some officers are at present living, but which used to belong to some architect, I understand, and it seems he really laid out the place nicely. Of course, with labor cheap and marble handy, he was able to make a beautiful place. The floors were of tile or marble with a nice divided stairway with a balcony over the reception hall, a good-sized dining room and living room with an elevated platform for an orchestra. There were porches all over the place and in back there was a sun-deck with a swimming pool. The pool had copper-sulfated water and had a beautiful blue tint to it. There was a frog pond in the garden and also a covered wall — covered by vines. Yes, ‘twas a perfect place for a party. Had a good orchestra and some good champagne and sandwiches.

There was quite a gang there, and for once the officers and nurses of our outfit got together decently. In the past, there has been considerable friction between the two groups, because of a few of the less polite and tactful officers — but there were about 15 of our officers at this party and it was lots of fun. Besides the other officers who had been invited by the nurses, there were two Arab princes, or rather, one was a Prince and the other was what is called a “Pasha” — I believe he was some relative of the Sultan. Anyway, they were there in their robes and had a good time dancing with some of the French-speaking nurses. Fran just reminded me about the walls in this “Villa” — they were all of marble done over with beautiful tapestries, and the curtains over the doors were of the same design. They were very much like the curtains in our front living room, only they were a lighter color – more of a cream color.

Golly things are dull around here this A.M. – business is very poor. But, of course, things can pick up remarkably at times.

Yesterday, Lois got some sun-tan shirts and a pair of pants, so she is going to have a sun-tan uniform. She is having the pants made into a skirt and it should work out pretty well.

Dad, you asked about our x-ray machine. It is quite a good one, in fact, we have one big machine, a fluoroscopic machine and a portable machine which, recently, has come in very handy as we have had several patients in traction who obviously couldn’t be moved. The fluoroscope is not, however, ideal for G.I. Series, tho’ Bob Treadwell and Cy Johnson have picked up a few ulcers on it. Some of that stuff, however, is sent elsewhere where a better machine is located – a larger unit of a more permanent type. 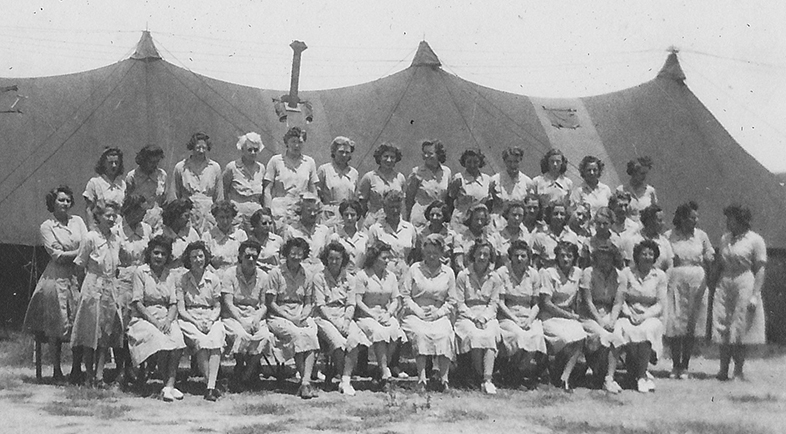 The nurses of the 59th celebrate their first anniversary with the unit. Click on the photo above to enlarge.
Photo courtesy of Donna Bettencourt, daughter of Nurse Norma Picchi Bettencourt. 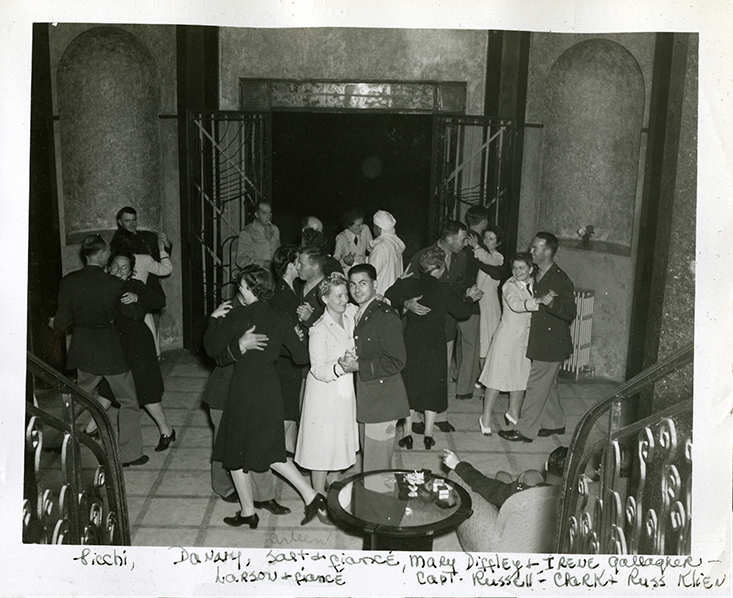 Nurses’ Anniversary Dance, celebrating one year in the Army. Look closely at the photo above and you’ll see Nurse Chris Coletti dancing with the “Pasha” in the back of the room. 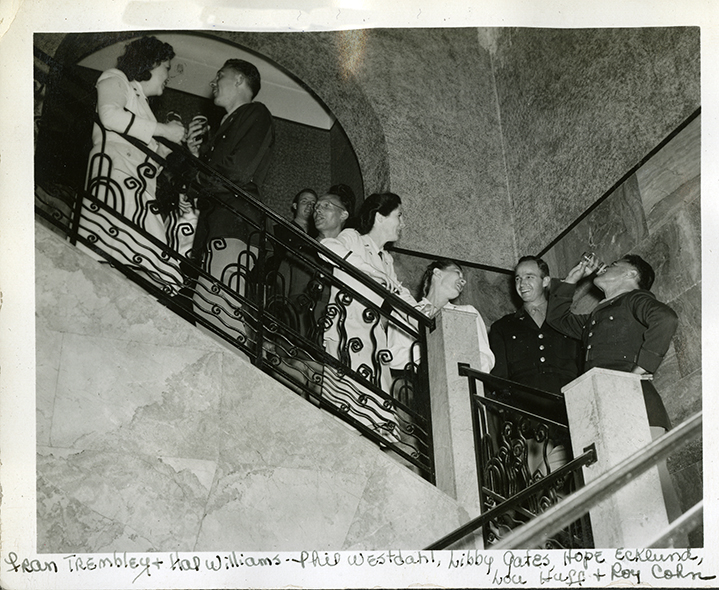 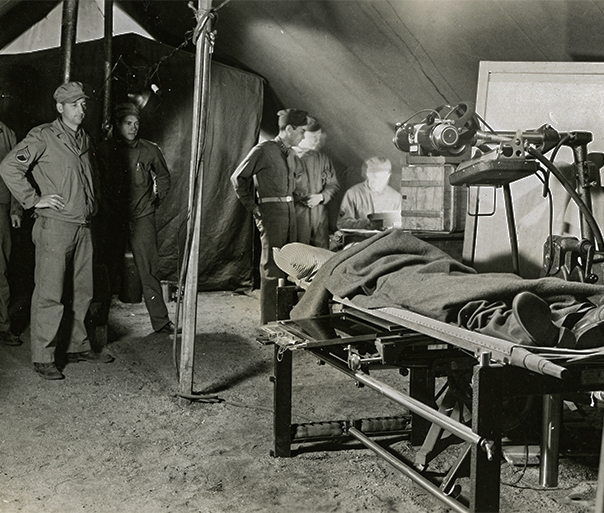 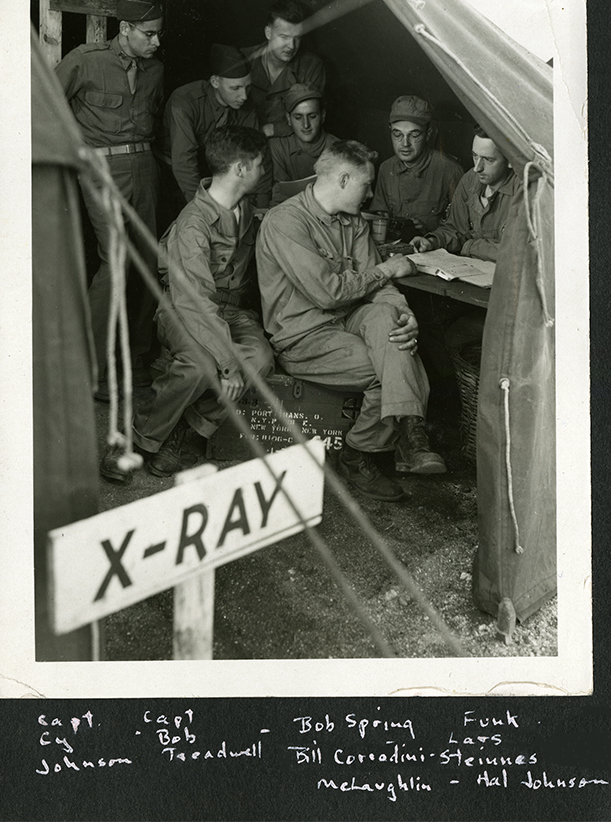