The other night I figured up how much letter writing to you I have done while I was on the various services and it’s really indicative of the amount of work I had each time. The last two weeks of working in Supply my average was 1/2 page per day, on Medicine it was 5/6; on Communicable Diseases it was only 4/11; on Orthopedics it was 3/5; and now in Receiving it has been 1 per day.

Yesterday, while “working hard” here in Receiving, I suddenly felt myself being moved and rocked as if I were on the stormy sea. When I opened my eyes enough to get a clear picture of what was going on I found that, having fallen asleep on the litter we always have up for emergencies and for belly exams, two of the boys were unable to resist the temptation and had picked the litter up and were giving me a ride. They bounced me around outside the tent until they had worked up quite a little sweat. I wonder what the Colonel would have thought had he seen the performance!

Day before yesterday we intended going to the beach early in the day and for once, by golly, we didn’t get any patients here from the camp that is near the beach, so, after we waited around a while to hitch a ride, George came up and said he would take us there. So, at about 10:45 A.M. we arrived at the hotel that is right by the beach. Lois had been told that a Lt. Col. was staying at that hotel (it having been taken over by the Army), a Lt. Col. who had known her father very well when both were in San Diego. His name is Lt. Col. Wurfel. We stayed talking to him for about forty-five minutes.

What a place that “hotel” is! It’s very much like Coronado or Del Monte. It has a lot of beautiful flowers around, with grass lawns, two nice porches, a swell dining room, marble floors and walls, very good furniture and all in all it must have been quite a nice resort before the war.

Col. Wurfel is up there recuperating from a busted appendix and peritonitis. They didn’t yank his appendix the time it busted, so they are going back in for it in another week.

After our visit we walked down to the beach and proceeded to get baked. The water was cooler than it had been the day before and really made one feel swell, however, they hadn’t run the vacuum cleaner through the water as yet. After all the sun we’ve been getting, Lois’s face again has that Ft. Ord tan, and she looks healthier than any time since we left Ord.

Mom, the Red Cross has really been doing some good work over here – not the kind of work I expected they would be doing, but they certainly have done a lot for morale. I’ve told you before how they come out and give the patients tooth brushes, gum, magazines, etc., and how they have set up a few different places in town for the men to go.

They have a beautiful Red Cross Center where they have lounging room for the men, plenty of books to read, a piano, and dances and other entertainment several times a week. Then, as I’ve told you, they took over one of the French theaters and have been showing movies there for some time, running 4 shows per day. Just in the last couple of days they have given the theater back to the French and have taken over a newer and larger theater. The business has been so heavy that many have had to stand at the French theater, so now there ought to be plenty of room for all. There is even talk that at this new theater, in what used to be a bar on the second floor, they are going to serve ice-cream and sandwiches and cold drinks. It really ought to be something when it does get going. This new place is air-conditioned, which is a big improvement over the other theater. Oh, yes, I just now saw in the paper that they have a good-looking gal at the Red Cross Club who does nothing but answer questions – some of the questions listed are a kick, obviously something so the soldiers can talk to the gal. See, that’s some more of the things that the Red Cross does for morale.

Speaking of the “paper” – the Army prints a regular newspaper over here now. At first it was a weekly paper of 8 pages, but now they put out a 4 pager daily. ‘Tis called the “Stars & Stripes.” It has all types of news and kind of keeps one up on the news very nicely, as one isn’t always around the radio when the news is broadcasted.

I don’t know who provides it, but the patients have gotten Coca-Colas every other day for a few days – none of the men or officers, just for the patients. 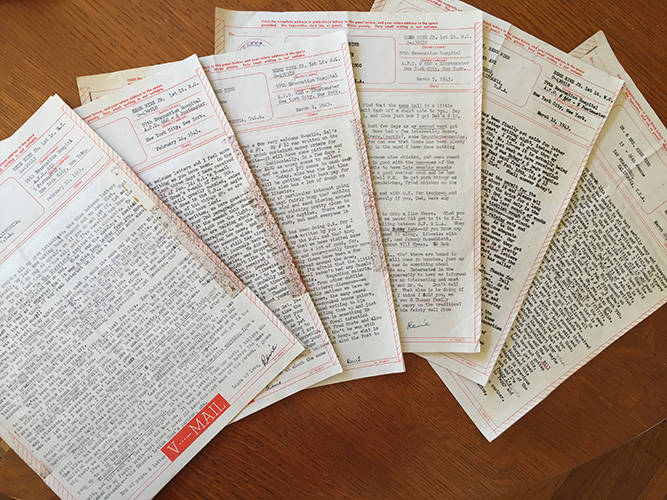 René figured out that his letter writing output varied according to the service on which he was working at the time. 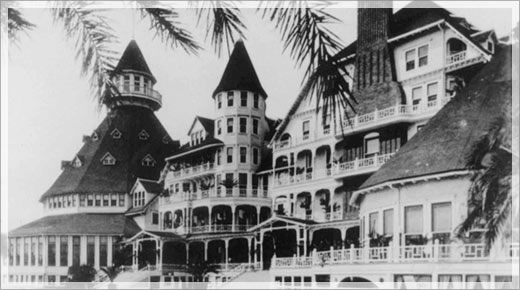 The “hotel” by the beach in Casablanca reminds René of the Hotel del Coronado near San Diego. (Pictured here) 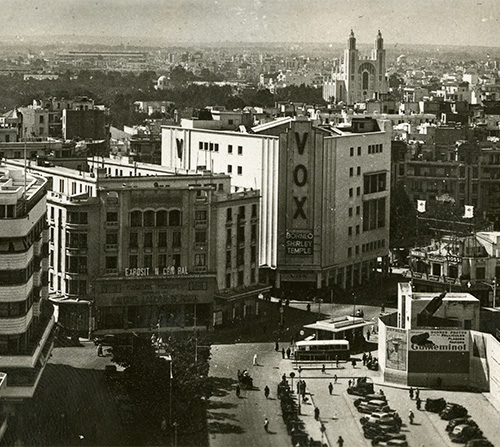 The Red Cross took over one of the French theaters in town and has been showing four movies per day. 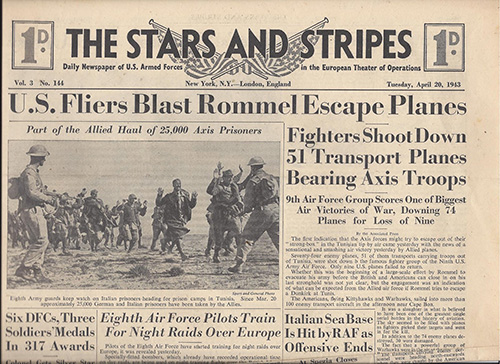 Now that “The Stars and Stripes” has gone from a weekly 8 pager to a daily 4 pager, René says it “keeps one up on the news very nicely.”