This week has been a rather busy one, particularly for the four of us who were platoon leaders. I may as well go back to the beginning of the week and proceed in chronological order.

First, thanks loads for the swell week-end. Our excursion to San Rafael was really fun, and certainly much better than walking on Lake Street or out to the beach.

Monday, the platoon leaders were kept busy from A.M. to dinner with our platoons. We drilled and lectured all day long.

Tuesday was the big day! Everybody had an early lunch and it was planned that we would all move out by trucks at 12:15 P.M. to the area selected for our hospital site, about 3 to 4 miles back of the main garrison. The 1st Medical Regiment had gone out earlier in the A.M. and were supposed to have Battalion Aid Stations, Collecting and Clearing Stations, and were supposed to ship us patients, the first to arrive at about 1:30 P.M.

Things were a little slow in starting, so Mattie, Ed Welles and I went out in advance of the others in a jeep. On the way out to the selected site, we were stopped by a sentry on the road who told us we couldn’t go in that area as one of the Artillery units was firing there. Mattie finally talked the sentry into letting us through to a certain point where we could get in touch with the Range Officer, as we had definitely been assigned that area for the two days.

When we got to the site out tents were to be pitched on, we found the Artillery had a telephone exchange set up right on the spot. We got in touch with the Range Officer and straightened things out. As it happened, the Range Officer was a friend of Ed’s from high school. Ed and I set up what equipment we had brought out ourselves and then waited. The rest of our trucks had some difficulty getting through the same sentries until Mattie and the Range Officer went back and cleared up the details. As a consequence of the delay, however, our tents were not set up at the scheduled time. Our tent was the first one up, but even at that, Ed and I had to handle about six patients out in front of the tent before it was up, as the 1st Medics’ ambulances started coming.

At the beginning, things in our tent functioned fairly smoothly, then suddenly we had 8 ambulances at our front door and we had one side of the tent full of ambulatory patients and the other side full of litter patients and the ambulances were still pulling up outside.

The ambulatory patients were stringing out the front door when Col. B. arrived in our tent, and Ed and I breathed a sigh of relief when he gave us permission to split the personnel of the tent and move the ambulatory section of the Receiving Tent into the tent next door, which was only partly being used. Ed took charge of the Ambulatory section and I ran the Litter section. From the time we separated until the time the whole exercise was over we were never again bogged down and were able to operate pretty well.

We did, however, make note of many, many features that we knew would have to be remedied if we were to actually handle sick patients. In these so-called “dry-runs” all we have been really doing, of course, is the paperwork that is connected with all the procedures. Naturally, in time of actual combat, our paperwork has to be a minimum and the actual handling of patients the most important thing.

In the 3 hours of operation we ran approximately 130 patients through our tents. Of course, that number was not evacuated through our Evacuation Tent until about an hour or two after that.

Our tents were set up under trees, trees that made pretty good camouflage. The only difficulty was that setting them up so that they were camouflaged, they were too close together and I know that I for one was always tripping over the tent pegs, trying to go between some of the tents that were especially close together. How the litter bearers managed to get around from tent to tent, with their patients, is still a mystery to me and the others.

The first wave of patients ended at about 5:15 P.M. We all ate in two shifts and then waited around for more patients. The first patients had to be used over again, consequently there was a lag between the time we evacuated them out our back door until the time they started coming through from the 1st Medics again. Consequently, we didn’t start getting the second batch until 8 P.M. The only lights we had in the tents were kerosene lamps and a few shaded flashlites, but they worked out fairly well. No lights were used between the tents and yet the litter bearers got around very well. Our last patients were through our tent at 3 A.M. and then we had some ham and cheese sandwiches and hot chocolate, then turned in at around 3:45 A.M.

There had been 15 of the nurses with us on this maneuver and they left by truck and came back to their barracks at 3 A.M., sleeping till noon, while the rest of us were up again at 6:45 A.M. , had breakfast in the field, stayed around while the men packed up our equipment, took down the tents, policed the area, and finally left the camp site at about 10 A.M. We got back, took showers, had lunch, and then all collapsed for a couple of hours more sleep.

Friday A.M. took the men swimming at Del Monte. Then in the P.M. while they were getting lectures from some of the other officers, we platoon leaders went over again to Del Monte and played badminton and swam some more. Even the Col. came over with us.

Yesterday afternoon, read and slept after the Station Hospital Conference, which was a good one for a change. Serbu presented some unusual surgical cases and it was really interesting: a strange rupture of an abdominal aneurism, undiagnosed until autopsy; some elbow fractures; and attempted suicide by slashing of wrists; and a bullet wound in the chest.

As to the jaundice cases: At the present moment there are 385 cases of jaundice in the hospital here. There have been no deaths here at Ord, but as far as I know there have definitely been two deaths at Letterman and supposedly 5 at Hoff General Hospital in Santa Barbara. I have seen no official reports but will see if I can find some. 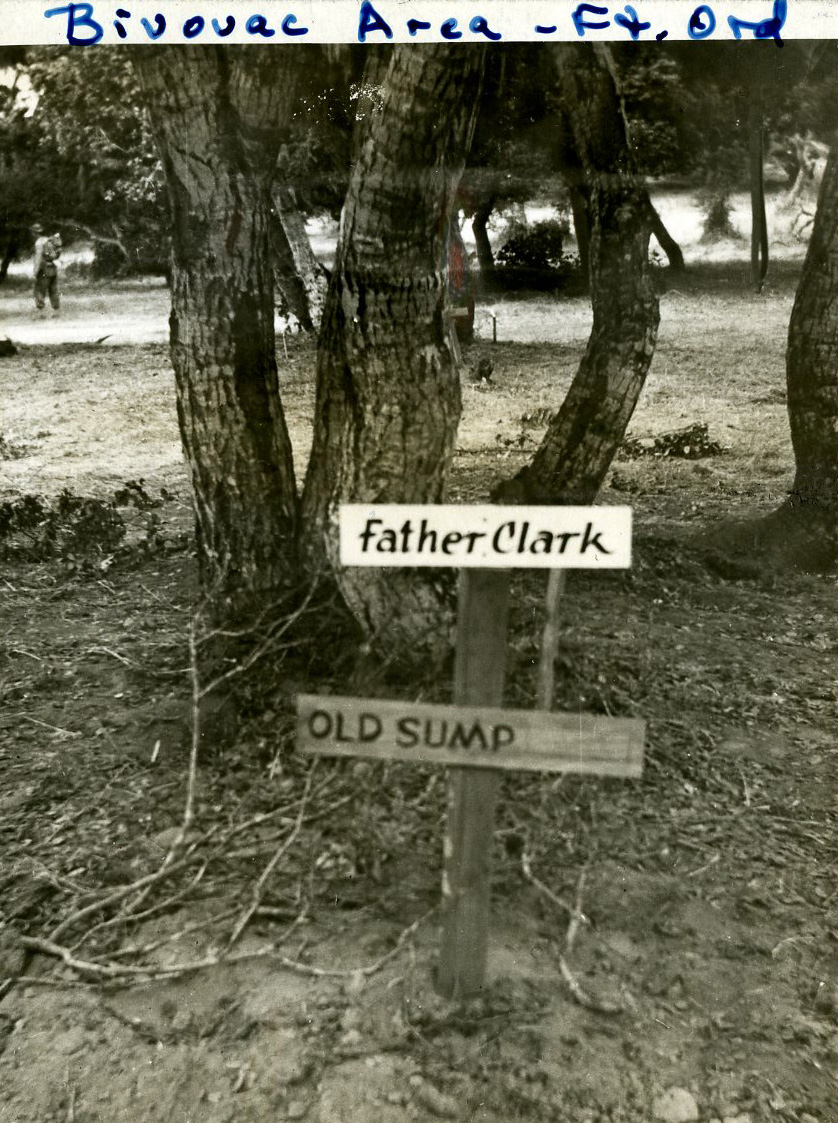 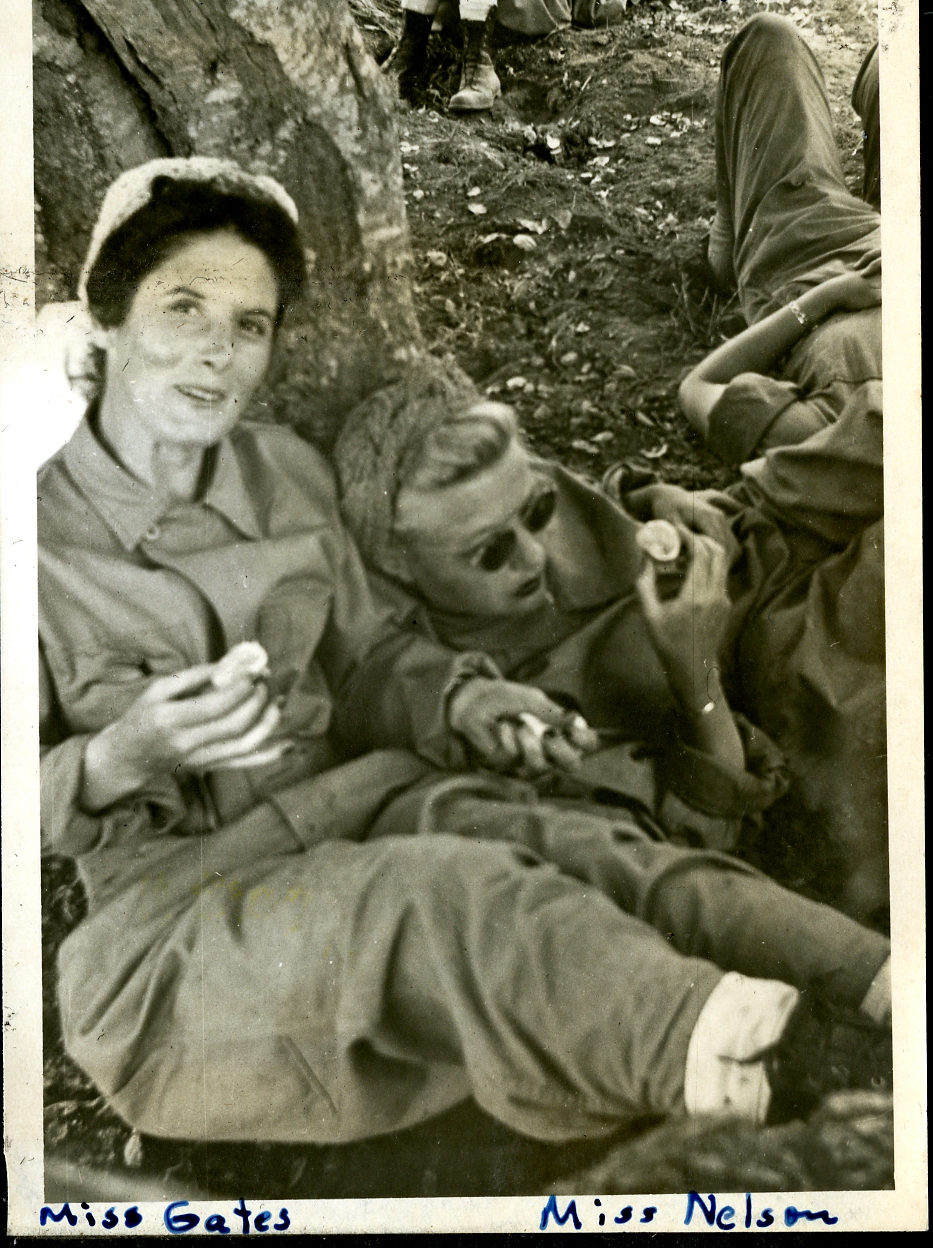 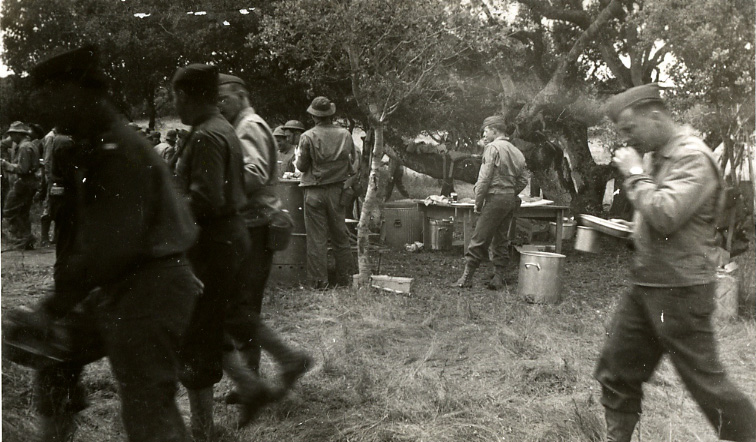