No letter from René today, so here’s an excerpt from the journal of Dr. Philip Westdahl, dated January 15, 1944…

We were greatly shocked by the sudden death of one of our nurses — a most popular and previously healthy girl. She complained of a headache somewhat suggestive of migraine, which became so severe that she was sent into the ward to rest and be quiet. During the following week she noticed a transient numbness of her left arm, which disappeared the following day. For the next few days she felt quite well. Suddenly one night she had a sudden loss of consciousness with respiratory failure and all efforts to revive her proved futile and she expired. She was later found to have a brain tumor with secondary hemorrhage, so it was truly a blessing that she passed away so suddenly.

She was greatly loved by all who knew her and as a consequence her military funeral was very touching. All officers, nurses and men attended in dress uniform. Flowers were heaped upon the flag-draped coffin as well as the altar. After the service the men lined the halls and staircase standing at attention while the honorary pallbearers, guard of honor and all officers and nurses followed behind.

I’m sure that many eyes besides my own were filled with emotional tears. 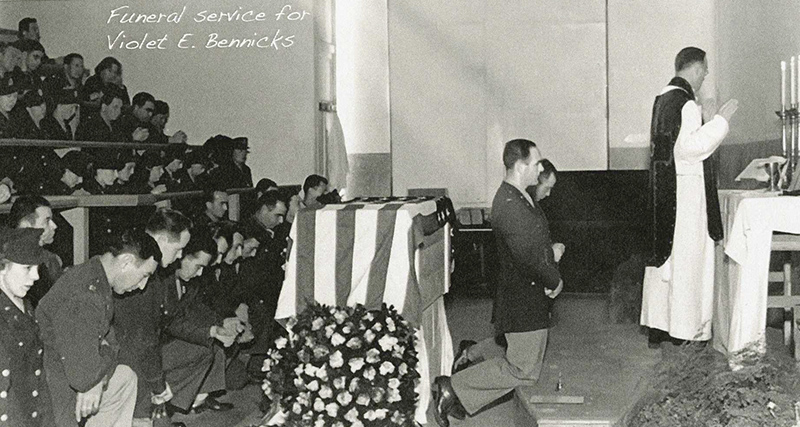