No letter from René on December 20, 1944. Here’s an excerpt from the journal of Dr. Philip Westdahl, about his impressions of the Maginot Line.

We took advantage of a few free afternoons to inspect a fortress on the Maginot Line, which was located on the ridge of a low mountain just behind the hospital area. I must say we were not impressed with its military value. Beautifully camouflaged and protected by tremendous barbed-wire entanglements and tons of concrete emplacements, it was sadly lacking in big guns.

Within the area of the fort there was a small German cemetery, apparently including the German soldiers who were killed while taking the fort in 1940. The sparsity of graves gave some indication of the ease with which the Germans were able to take the fort. 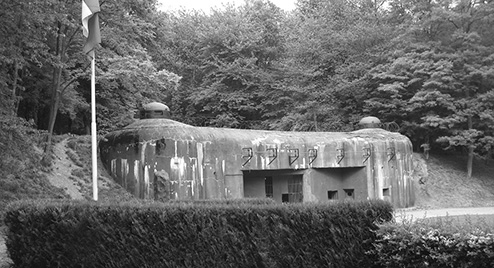 Phil Westdahl was not impressed with the military value the Maginot Line, which failed miserably in its intended purpose — to protect France from the Germans. The exterior of a portion of the barrier is shown above, and the interior of the emplacement, below. 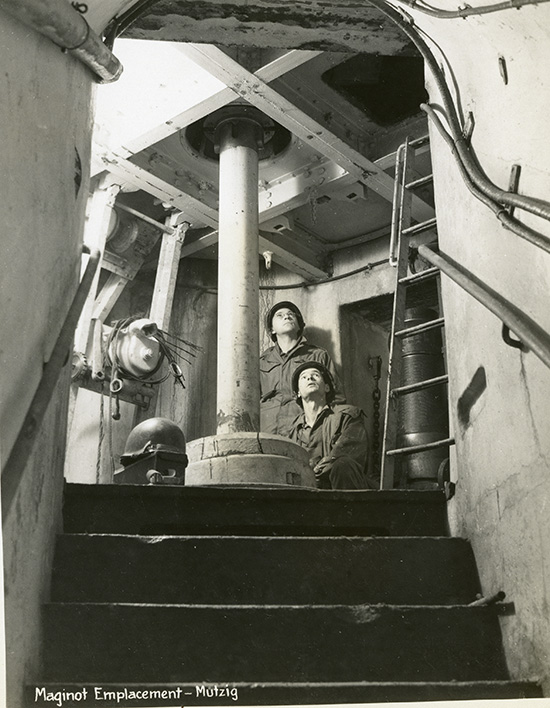