While René, Paul Stratte, Roy Cohn and Chuck Schwartz landed on French soil on August 15, as part of Operation Dragoon, the rest of the 59th didn’t board ships in the Naples harbor until August 19 — with their convoy sailing on the evening of August 22, 1944. Here’s an excerpt from the journal of Dr. Philip Westdahl about life aboard his LST.

Life on board an LST in convoy is far from enjoyable, consisting of boresome waiting between meals. The trip was as calm as a peace-time Mediterranean cruise. The guns were manned, but mostly as a precaution. Our third day out we sighted Sardinia and Corsica and sailed between them. They were outstanding for their barrenness and lack of interest. While in the straits we passed a hospital ship and a few naval vessels headed back to Naples. The clean white hospital ship with a wide green stripe running around its length and the Red Cross on its side is the only colorful ship we have seen these days — all the others being the drab dark gray of war-time.

During the evenings we would watch the radar apparatus in operation, a really wonderful instrument. There on the luminous dial, standing out as small bright spots, was the position of every ship in the convoy with our own occupying the center of the screen. Collision even on the blackest or foggiest of nights is now a very remote possibility with this new device. Of course, the value in detecting enemy aircraft, ships or submarines is inestimable. 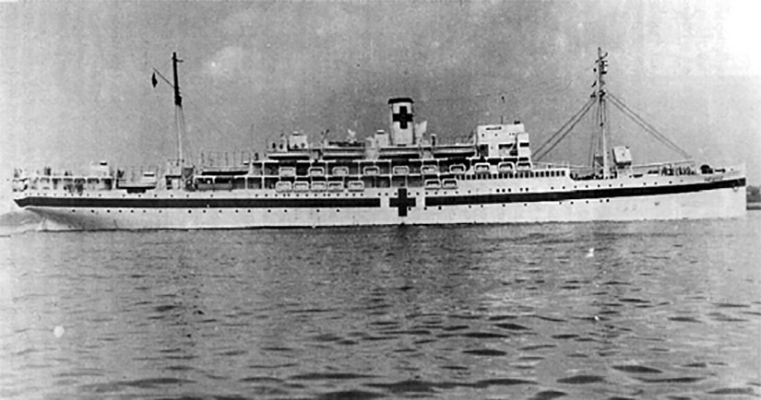 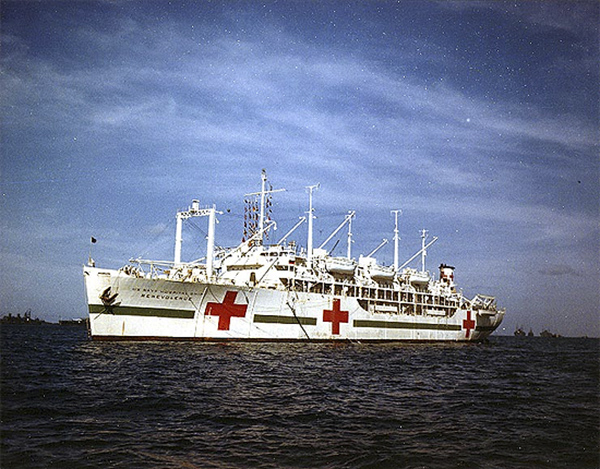