Since my last letter things have been really humming. Friday morning we started out on a hike and so-called Bivouac. We hiked with our gas-mask packs, our “musette bags” full of extra sweater, toilet articles, extra underwear, extra socks, etc. We also packed our bayonets and rifles. We also had and used our raincoats. We hiked for about 3-1/2 miles and then were taken by truck to the spot where we were to spend the night.

We set up our pup-tents, rested our dogs, posted sentries, built latrines, then had lunch.

In the afternoon they put us in jeeps and drove us around the country and for part of the ride we had to make maps of the surrounding features and cross roads, mileage, etc. We seldom stuck to the actual roads – those darned jeeps can go over anything. In fact, we even went through a barbed wire fence with them – after the first jeep knocked down the posts.

After riding for a while, they took us and left us off in pairs in different parts of the section we were in. We had maps of the terrain and compasses and still had our packs, etc. Most were left about 2 miles from camp and we were supposed to find our way back to camp. We were all successful in returning; some, of course, sooner than others as some were left somewhat nearer to camp than the others. In riding around in the jeeps they attempted to get us mixed up as to the direction we were traveling. If the roads weren’t so well marked, even every small cross-road has a road junction number, and most are on the map, we would have been less oriented than we actually were.

After dinner we played a game of modified “tag” a la Army. We split into groups and the first group to contact the other group, i.e. any one man of the other group, would challenge the other, capture that one man and would win. Our group headed up along a swamp and kept under cover most of the way, traveling at a good fast rate, with rifles, of course. When a man in one of the other groups silhouetted himself against a nice moderately white barn we captured him and won the game.

It took quite a while for all the groups to get back to camp and then when they were all present and accounted for, the command comes to “strike tents” – at 10:30 P.M. We had all been comfortably located, our air mattresses blown up, good locations under trees picked out, our tents up, etc. We packed up in a hurry, took off in the trucks – the trucks blacked out, and we moved to a new location where, still in darkness, we unloaded. We didn’t use the tents, but just picked the nearest spot, and blew up our mattresses again, crawled in the sleeping-bags and attempted to sleep. The mattresses were plenty comfortable, but the cold air on our faces was a little too much.

Anyway, came the freezing dawn and at 5:30 A.M. we rolled up our sleeping bags and were back here for breakfast. That was Saturday morning—we had to clean up our equipment and selves and be ready for inspection by 10 A.M. Surprisingly enough we were ready!

Saturday at 1 P.M. we had our 2nd tetanus toxoid shot and also our 3rd typhoid shot. We darn near had a fatality. Pete Joseph went into anaphylactic shock reaction following the tetanus shot. It was only a minute of so after the shot that he broke out in small hives, became dizzy, had severe cramps, vomited and went into actual shock with imperceptible pulse and all the rest. They gave him ½ cc of regular adrenalin chloride first and then a full cc of the Army’s Adrenalin borate. Reilly, Mattie, Ralph Cressman and I stayed with him in the room at the dispensary until the ambulance came for him. Pete had been so darn near completely out of the picture that the whole bunch was scared pie-eyed. After he was over at the hospital for a few hours he was much better. And when we saw him yesterday noon, he was fine again. He is back with us today and feels O.K. though he took it easy today. The whole thing was awfully queer, but apparently the first shot of tetanus had had enough protein to sensitize him. Nobody else had any bad effect from the tetanus other than a very sore arm for about an hour. 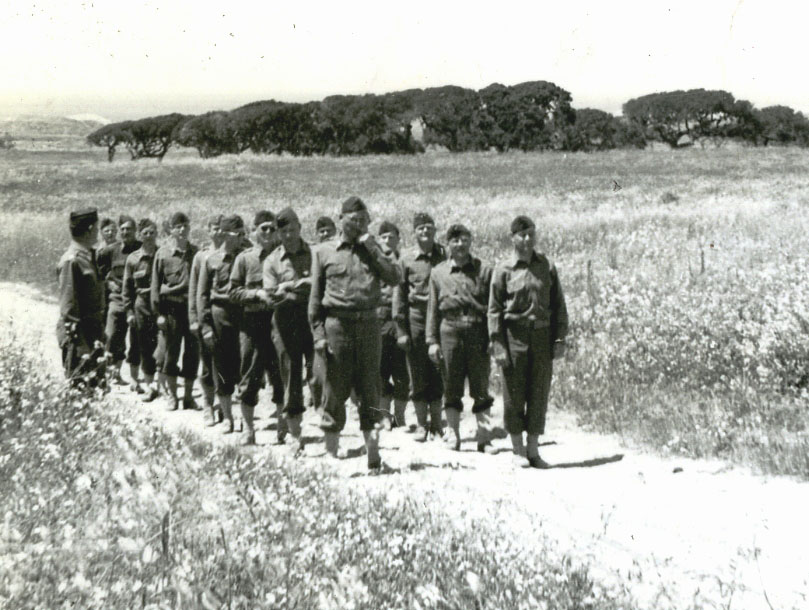 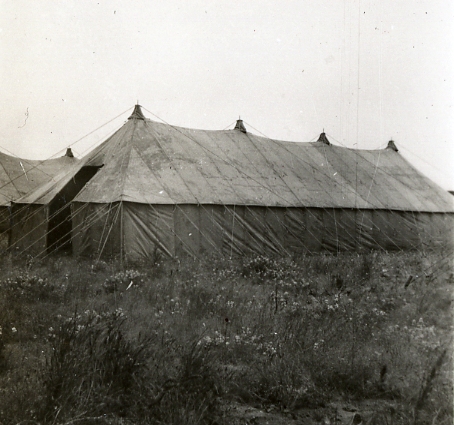