No letter from René today. Here’s an excerpt from the journal of Dr. Philip Westdahl, as things calm down and the unit prepares to leave Epinal, France.

After 7 weeks of feverish activity here in Epinal, we have finally closed our doors and are preparing to move. We are mighty proud of the work we have done here and the records speak for themselves. During the 7 week period from October 5 to November 30 we had approximately 8,000 hospital admissions. Of these, 3,000 were operated on.

During the last two weeks of November, the 7th Army, as well as the Allied armies along the entire front, put on a concentrated push and the 7th reached Strasbourg. The success of the push became evident to us by the increasing number of German POW casualties we received during this period. Many of them were Austrians, Poles and even a few Russians, and showed a keen delight in having been captured. For the most part, their wounds were 36 to 48 hours old on arrival and very unsuitable to surgery, being infected and foul. Numerous cases of gas gangrene were encountered and the mortality rate among these was high. 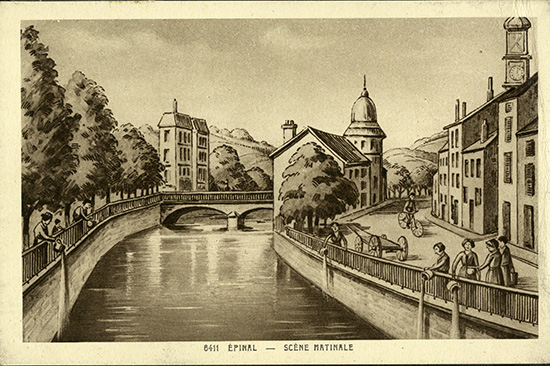 The 59th Evac. Hospital prepares to bid adieu to Epinal, where they operated on more total patients and more patients per day than at any of the other 8 locations where they performed surgery. 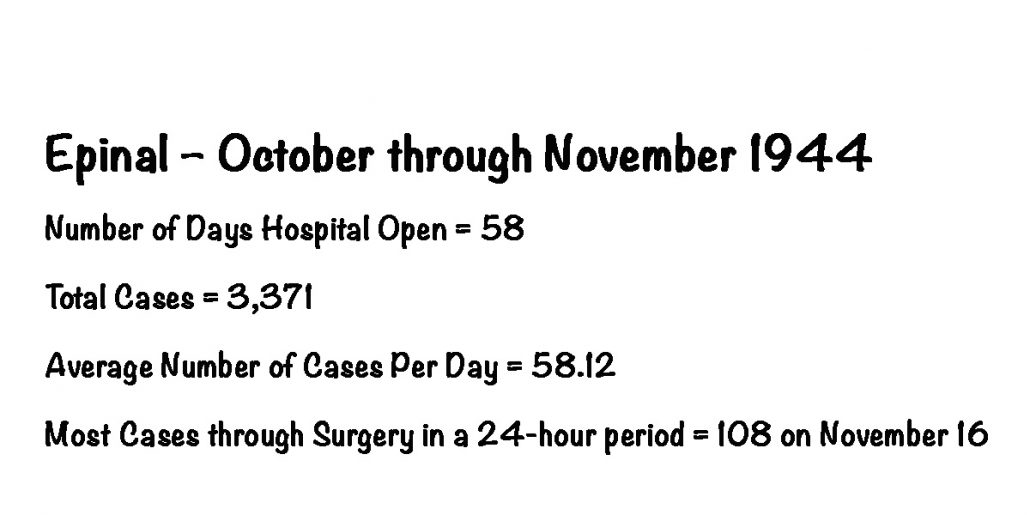