After the pontoons on our ship were hoisted on the sides, it became obvious that the ship I was on was really the experimental ship, for they started building a “flight-deck” for Piper-cub planes. They had to build this forward of the cabins and wheel house and over the top of the ventilators. As they naturally had to extend it clear to the bow of the ship, this eliminated from action the 40mm gun on the bow, as the runway covered the gun. Finally, after they had the runway built, they put one plane up on it and we took the ship out on the lake for a trial launching of the plane to see whether it would be possible for the plane to actually take off.

To prevent accidents or, rather, to prevent the pilot from great danger in case the flight wasn’t successful, the Captain had fire-fighting parties on each side of the bow end of the ship and had Q and myself in the small boat out ahead of the ship to pick up the pilot in case he crashed. General Truscott came aboard to witness the performance. Then the young Captain who was to try the plane and runway out, climbed nonchalantly into his plane, and when the ship was going full speed into the wind, he set off in the plane. He used up the full length of the runway for his take-off, but he had told me that he intended to use the full length to impress the General with the difficulties of the situation. However, as he hit the end he took a little bounce downward and I thought for a second that I was going to have business. But, he kept on flying, went up nicely, circled around us a few times and then headed in to land on the field, while we headed back to the dock.

Watch for my next message on
July 6 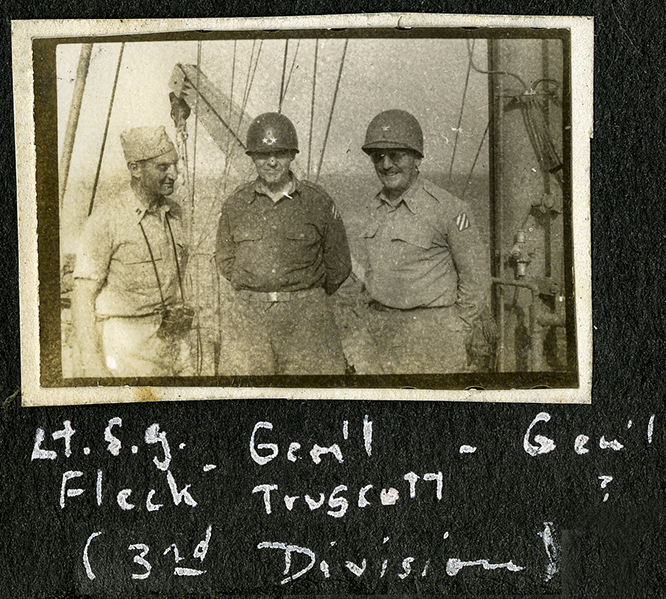 The ship René was on was really an “experimental ship” with a “flight-deck for Piper-cub planes.” 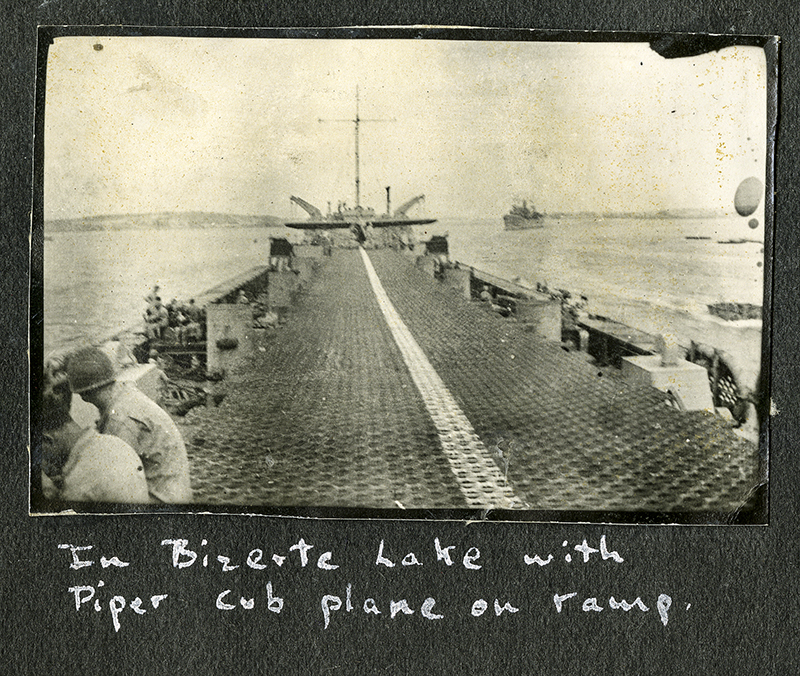 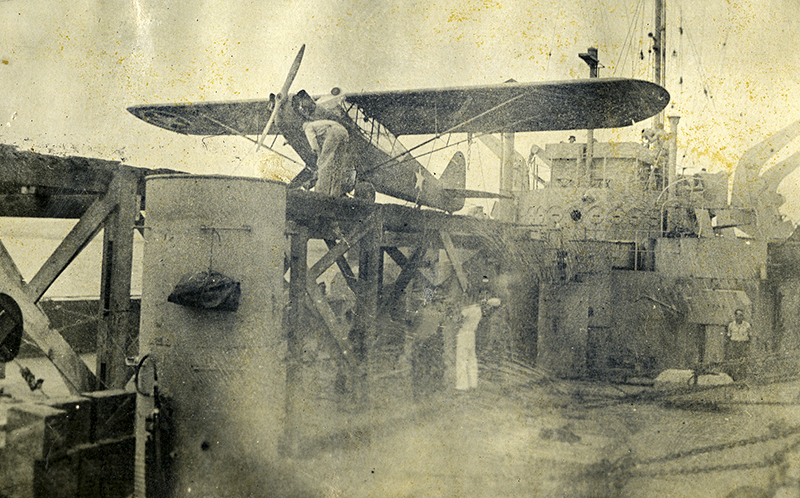