No letter from René on July 18, 1944, so here’s an excerpt from the journal of Dr. Philip Westdahl about the unit’s new locale – “a field between Battipaglia and Paestum” – about 30 miles south of the Amalfi Coast.

Salerno, like so many cities on the coast of Italy, as well as Sicily, is built on the side of a moderately steep mountain arising from a very picturesque crescent-shaped bay. It is a much smaller city than Naples – having only one main street which is the highway through town. The adjoining side streets are quite narrow, as in most Italian towns, barely admitting the passage of one-way traffic.

The chief attraction of Salerno is its beach, a picturesque spot thickly covered with rickety painted bath houses. The naval vessels in the harbor add a war-like atmosphere to the otherwise peaceful summer resort.

The actual Salerno landing took place on the beach at Paestum, a small town about 35 miles south of Salerno. Here the beach is long and flat and sandy and ideal for an amphibious invasion.

Paestum is the site of some ancient Greek ruins, the temples of which are in a remarkable state of preservation. Ironically, one of these is the Temple of Peace.

Shortly after our arrival in this area and before setting up our hospital, I went swimming on the same beach which many months before had been the scene of very bitter fighting. A few battered landing craft lay half buried in the sand and the mast and stack of a Liberty ship protruded from the waves as reminders of the occasion.

The 59th [currently is functioning] in a field between Battipaglia and Paestum [and we are] quite active, taking care of illnesses and casualties of the troops on maneuvers in the area. 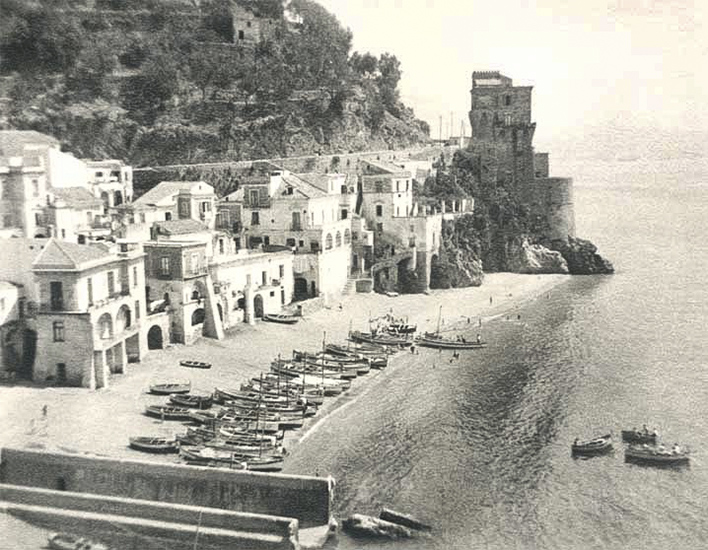 The unit is currently stationed about 30 miles south of the Amalfi Coast. 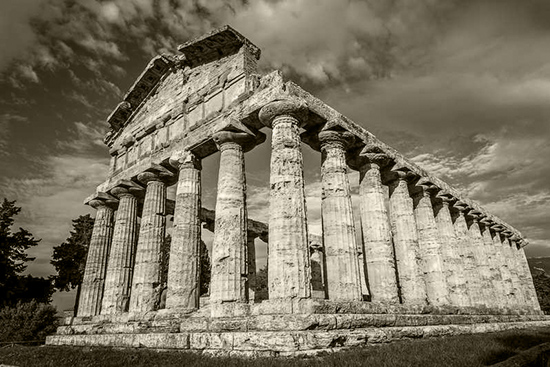 The 59th is now located not far from the ancient Greek temples at Paestum.