Two days ago, came the startling news that all the enlisted men with 99 points or over would leave for home on the 23rd of August. Wow!!!  How many of our men does that affect?  Only 105 of them!  Can we still operate with the remaining men?  Hell, no!  Why?  Well, taking those men absolutely strips the headquarters, evacuation, dental and laboratory sections.  It leaves one man in surgery and he is only the cast man.  It leaves two in x-ray, two in Registrars, one in utilities, none in supply, and takes all of the ward sgts. and section chiefs…that’s all!

So you see what kind of a spot we’re in.  Schmitty went down with Ralph today and is going to bring back the news of what happens to us, tomorrow.  Certainly we should close.  Even if they have replacements for those men who are leaving, it is stupid for us to try and work them into these jobs — something it took a good deal of time to do with the men we have. ‘Tis far better to open up some Class II outfit (one formerly scheduled for the C.B.I.) instead of trying to keep us going as a unit. Perhaps we’ll all be out on Temporary Duty, and then, on the other hand, we might be able to get passes to Paris, Switzerland, etc.  The next few days should tell.  There doesn’t seem to be any indication that the officers are going to be leaving for some time.

However, don’t send anything in the way of packages to me – even if it isn’t for many a month before we start a homeward trek, it isn’t worth getting anything over here that would have to be sent back and make the luggage heavier. As for food, we have plenty, I’m sure, to last us a while, so don’t bother getting any for consumption by me.

Things are still muddy hereabouts, but the weather has been rather hot the last few days. In fact, ‘tis mighty sultry right now. 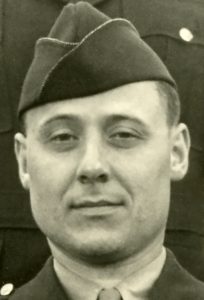 René tells his parents that Schmitty (Len Schmitz) went down to Heidelberg” and is going to bring back the news of what happens to us, tomorrow.”

Meanwhile, life goes on for everyone in Wabern, including the nurses… 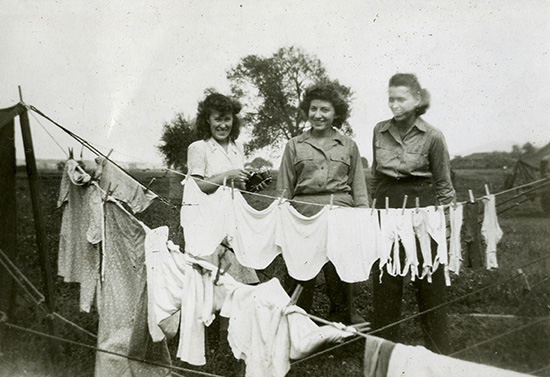 Above, right to left: Molly, Liz Liss and Sue Boehm 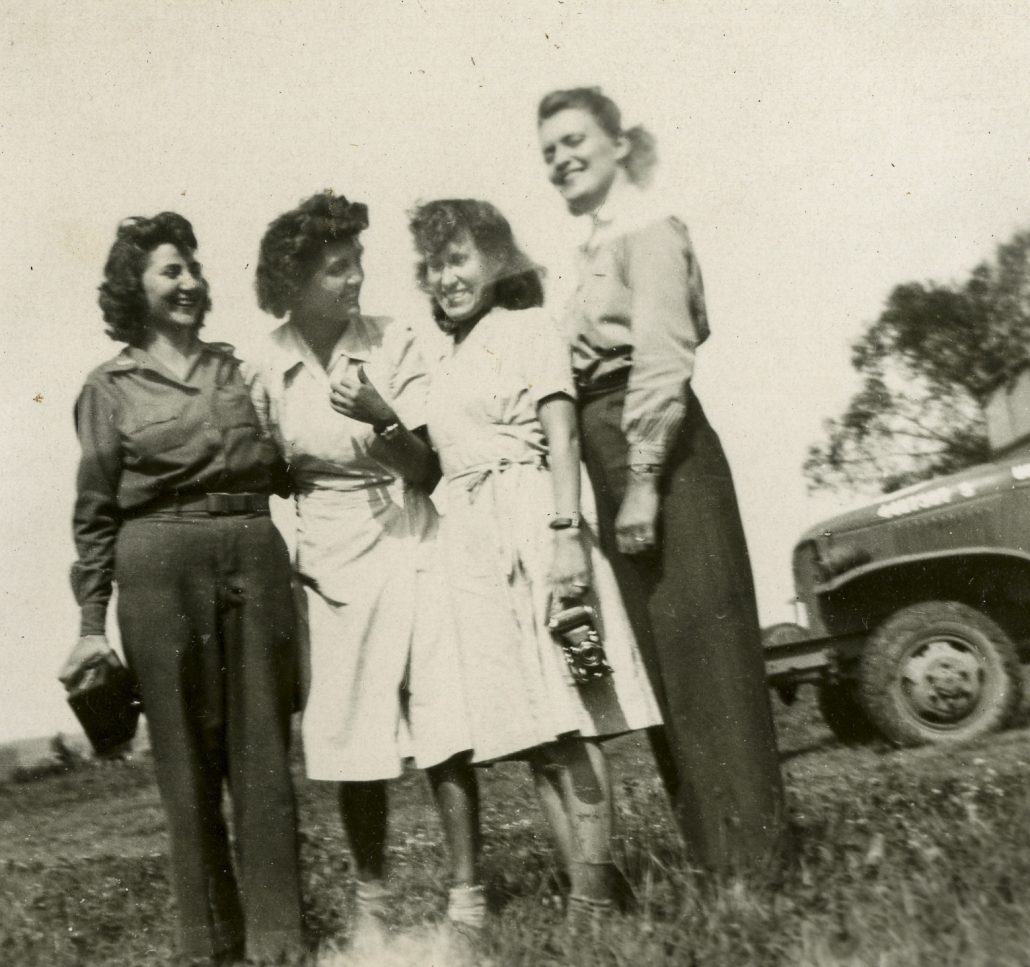