We really don’t need an alarm clock to be up at 6 A.M., because of Father Clark, otherwise known as the “Padre”, gets up at about 5:45 A.M. by alarm clock, to go to the nearby church to say Mass, and most of us are awakened while he is getting dressed. However, if everyone fails to awaken by 6, one of the instructors blows a whistle from the outside. As a matter of fact, we are not allowed to turn on the lights until that whistle blows. As to the snorers – the Padre is the worst offender – Sewell Brown got up one night and had to awaken the Padre so the rest could get to sleep. So far, they haven’t noted any snoring from me.

After the woolen underwear is worn a little while it doesn’t really tickle.

For the last few days we have had a lot of drilling with rifles, and also with bayonets in place. So far, the only casualty was Bob Escamilla who, in trying to get his bayonet off the rifle, had difficulty as it stuck, and then when it did jerk off, he scraped himself along his left cheek. Just a scratch, but anyway the first casualty.

Yesterday we all had lots of fun as we were given rides over one of the obstacle courses. All looked like football players with helmets.

This week-end everybody was allowed out from our barracks. Several of us had 2 “skins” but none had 3, so we were safe.

Watch for my next letter
April 23 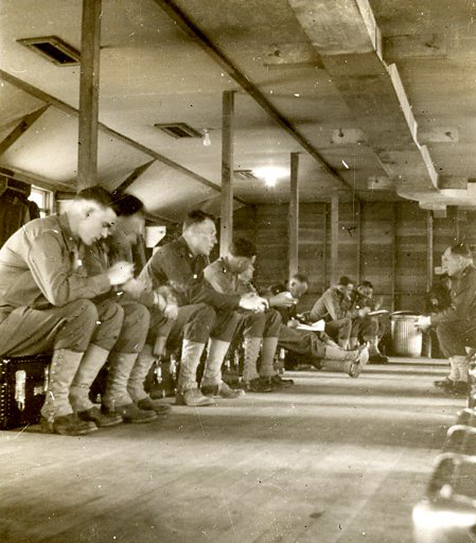 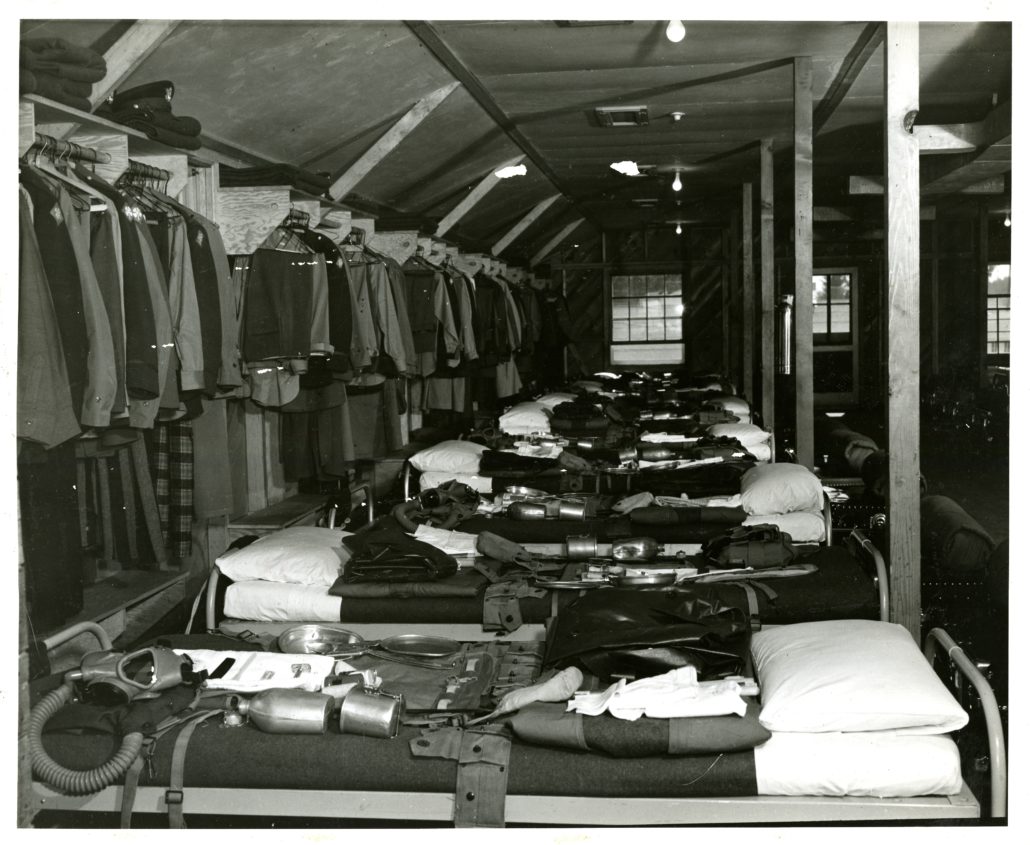