Frank and Roy were in Munich a few days ago and reported that we ain’t seen nothing yet when it comes to wrecked cities.  It’s hard to believe that any city could be more wrecked than some of the large ones we’ve already seen, but they say Munich is.  Frank studied there some years ago and he said that the place was such a wreck that he had a devil of a time finding any landmarks to guide him around the city.

The Col. finally has his dachshund pup!  All have been scouting for one for him for weeks now, and on various occasions traffic has been stopped because a dachshund was seen that might have led to pups.  In fact, Russell and I chased for almost an hour one day following leads that threatened to unearth some dachshund pups for us, but to no avail.  Now, however, the Old Man is satisfied.  He has his car and he has his pup.  Gerbode has the brother of the Col’s pup — both three months old. Names: Heide and Borche.  They’re a little longer than this typewriter, are awful silly looking, and when they run around in the mud they invariably trip over themselves and go rolling over.

I suggested that one of these days we get the 59th Menagerie together and get a group picture, but that did not appeal to the Old Man, for he considered his pup as way above the other riff-raff we have.

Quite a bit of fishing going on around here in the nearby stream — Chuck Schwartz came back with 18 fish for one day’s angling and they got enough to serve fish for two days in our mess.  The fish are some sort of trout.

Fadley is going to Paris to, primarily, have a leukoplakic area in his mouth investigated – a spot he has had for a few years that busted down and looks a bit suspicious of low-grade basal-cell business. Probably not, but biopsy indicated. So, while he is going it looks as if I’ll be having some, if not all, of his jobs. Already I’ve been handed his PX Officership…

Oh yes, almost forgot the most interesting experience I had yesterday.  Had a group of men with me and we came to a one-way bridge, a pontoon bridge — for some reason, the truck ahead of us got stuck in the mud and had to be shoved, so that when it was time for the traffic going our way to cross, we had to shove this other fellow.  We shoved him just to the top of the incline before he would have descended onto the bridge, when suddenly the moorings on our side gave way and the bridge proceeded to break up and go floating down the river.  We thanked that guy for having gotten stuck ahead of us, for both his truck and ours would very likely have had a nice little bath had we not had to shove him. 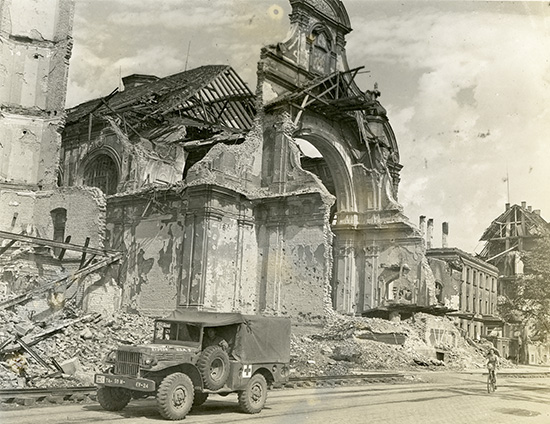 The photos above and below show the kind of destruction Frank Gerbode and Roy Cohn witnessed when they were in Munich a few days before René wrote this letter. 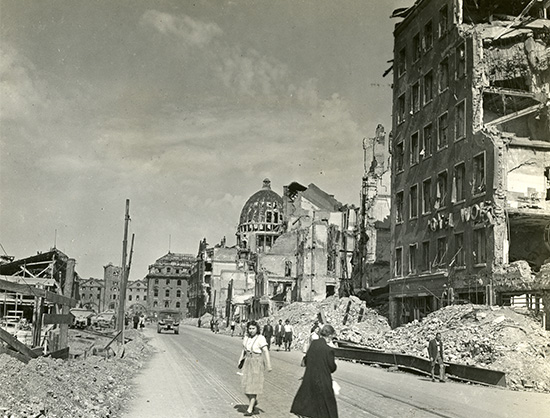 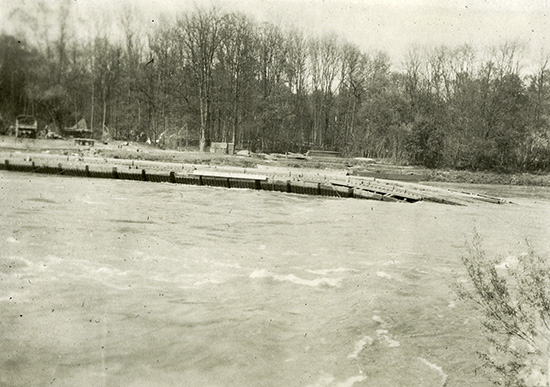 René’s caption for the photos above and below reads, “Just as we were about to set the front wheels of our truck – loaded with German tents and 12 men – on this side of the pontoon bridge, the moorings gave way – and as you see, the bridge went for a sail by itself down the Danube…” For a complete description of the “Pontoon Incident” on the Danube, near Ulm, read the last paragraph of his letter. 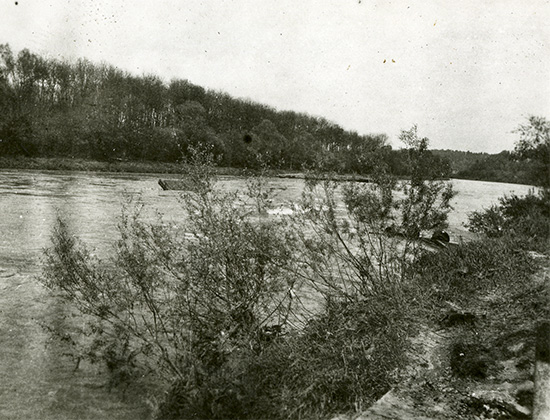 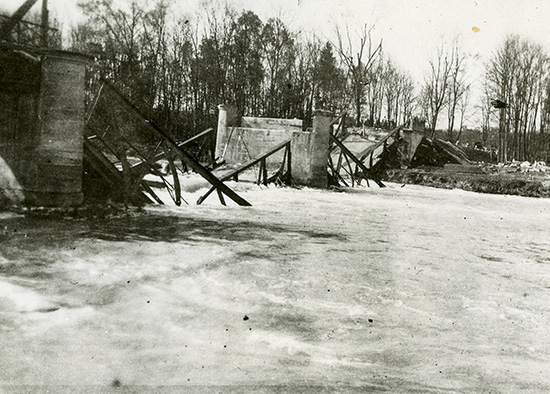 The bombed bridge the pontoon bridge was replacing across the Danube, near Ulm.